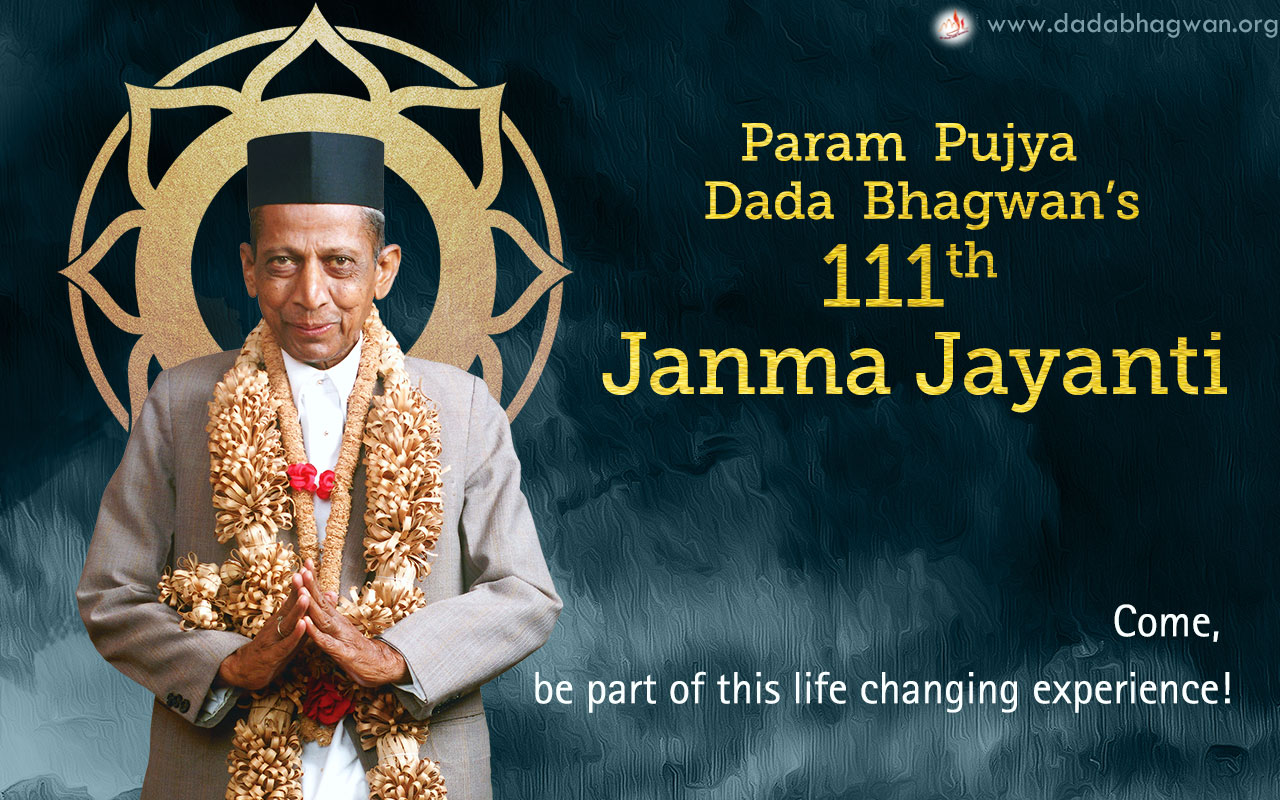 For 11 days, from November 15th to 25th a phenomenal spiritual celebration for all of humanity will occur.

Akram Vignan is an accelerated spiritual science for liberation (attainment of moksha) and bestows the gift of Self Realization (knowledge of the true Self) on all of humanity. Being Self-realized is the key to attaining freedom from the endless cycle of birth and death and gaining eternal bliss. The ability to bequeath Self Realization upon others is only with enlightened beings.

Gnani Purush Param Pujya Dadashri became such an enlightened person. Sitting on a station platform, in June 1958, a phenomenal spiritual revelation naturally occurred within Him. At the end of this spontaneous internal enlightenment, which took about forty-eight minutes, Dada Bhagwan, the fully enlightened Self had manifested within Him. This was the culmination of His spiritual seeking and efforts of many previous lives.

"Remarkable powers (siddhis) were instilled within me as a result of not desiring anything the world had to offer."

During the event, followers from all over the world will gather in Simandhar City to celebrate the priceless gift of Self Realization that He has bestowed upon the world. As a collective, each and every follower will pray for the liberation for every being on this Earth.

The entire event will be in the presence of Pujya Deepakbhai Desai – Param Pujya Dada Bhagwan’s living disciple and successor to Pujya Niruma! Thus, it is an event that should not be missed as it will help you make spiritual progress towards liberation.

Janma Jayanti 111 is also for anyone who is seeking the key to unlocking eternal bliss, freedom from worries, an innate sense of inner peace and an accelerated path to gaining moksha (liberation). So, what are you waiting for?

Come, be part of this life changing experience!