Thus became the Mother of the World! 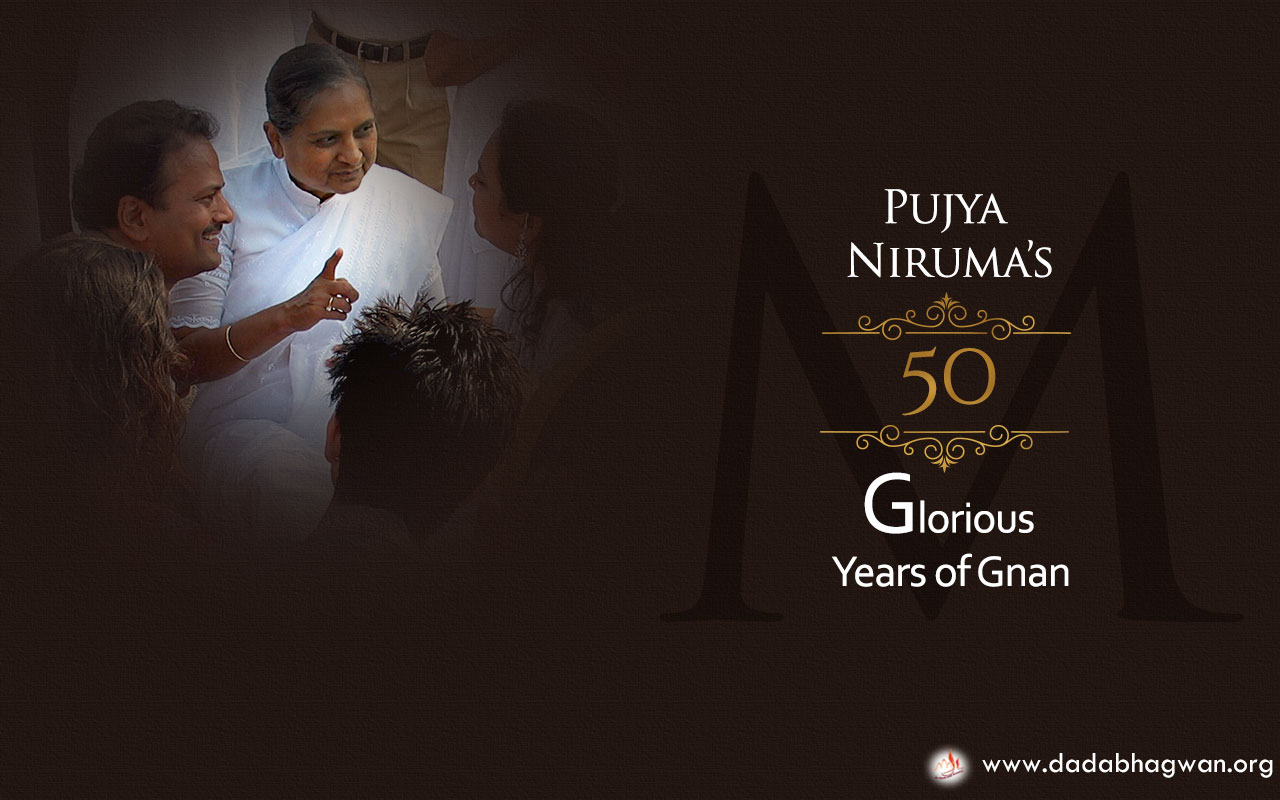 “Niruben! You will have to become a mother to the whole world,” Param Pujya Dada Bhagwan said to Pujya Niruma, in 1987 during His final days.

Param Pujya Dadashri knew well ahead that Pujya Niruma will not only progress on the path of salvation herself, but will also become a strong instrument in helping others progress on the same path. However, He did not reveal this until Pujya Niruma was completely ready. In the end, she was able to attain His grace and He gave her His blessings to continue the work of the salvation of the world.

Pujya Niruma fulfilled Param Pujya Dadashri’s wish of becoming the ‘Mother of the World’ when people began to identify her as a mother. She had so many innate qualities that helped her easily fulfil this wish of Param Pujya Dadashri. In the worldly life, a mother’s love is said to be and is incomparable and free of any expectation. Pujya Niruma’s physical presence was itself such that people felt blessed being around her. Her internal purity was such that this feeling remained the same throughout for everyone and anyone.

When a child misses their mother or wants something, a mother understands without words. Such an incident occurred during the sanctification ceremony of the Adalaj Trimandir. A long procession had been organized on a road, which was to stop where a stage was set up. As is turned out the stage was in a place where all the followers felt that Pujya Niruma was far away from them. As Pujya Niruma reached the stage, she realized this. So she went into the crowd giving everyone darshan. Everyone was overjoyed by this gesture.

She had an art, by which she could make the followers do various seva activities so as to increase their enthusiasm. She never used to fret and do things herself. Her motherly love for people made them so attached towards her that, they worked as hard if not harder as they would have worked in their own business. Followers experienced that when they were working a regular job, they performed less and got more tired and while doing seva it was the opposite. This was all because of Pujya Niruma’s motherly love and care. She won over the hearts of followers with her love.

Pujya Niruma was impartial in her dealings while nurturing a person. If ever anyone’s weakness came in her notice, she never saw the person at fault. She only had an inner intent that the person somehow come out from the mistake and for this she even waited for years, during which not even a single atom within her alters for that person. This is why everyone felt pure love and motherly attachment for her.

Pujya Niruma was fond of making and feeding everyone delicious food. If she knew the taste of your favourite dish, she could cook the dish with the same taste. She had that talent. She even taught celibate followers to cook, guided them on what they should take care of while cooking and how to fill other people’s lunch boxes.

Not only did she cook, but she also used to remember and send celibate followers their favourite dishes, which left them overwhelmed and speechless. One time, two celibate followers were working day and night, with little sleep to complete a project. They even took shifts sleeping, in order to finish their work. When this came to Pujya Niruma’s attention, she personally made sure that, the followers had various snacks available in their office and she would occasionally send them meals cooked in her own residence.

Although she was an embodiment of love, loving unconditionally without any expectation like an actual mother, she never established that she had such qualities on her own. She always said that she learned this gift from Param Pujya Dadashri’s conduct. This was the extent of her awareness, that she remained the smallest of small, even though she had reached great spiritual heights.

Pujya Niruma was unique in more ways than one, stay tuned to find out more…