Pujya Niruma’s 8th Punyatithi was celebrated on a grand scale on 19 March. All of Param Pujya Dada Bhagwan’s followers whether physically or virtually (joined through the online webcast) celebrated the occasion. The entire city radiated with the singing of bhakti pado(devotional songs) in the Prabhat Pheri during the early morning hours. 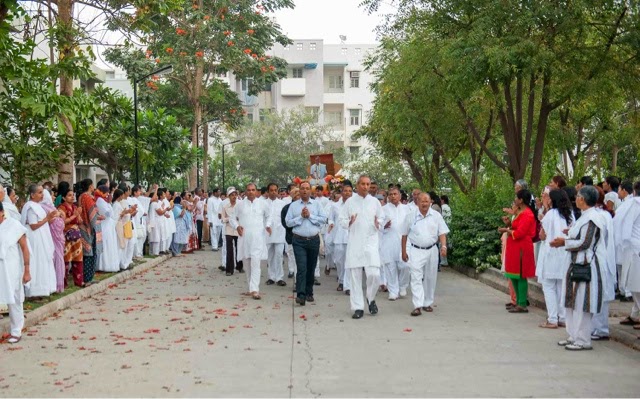 Then all the followers visited Pujya Niruma at Her memorial and recited prayers in complete harmony in Her subtle presence. 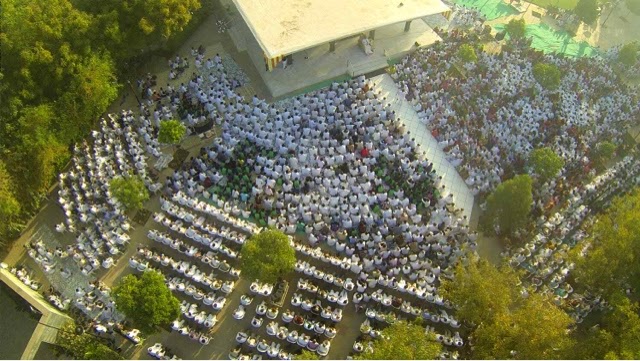 Pujya Deepakbhai then gave everyone a special message for Pujya Niruma’s Punyatithi. He said that Pujya Dadashri has said that Gnanis (Self–realized Ones) never die. From one body to the next, they continue their work to ensure the salvation of the world. 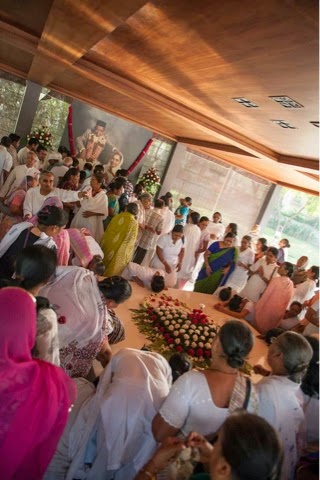 Pujya Deepakbhai then put a garland on Pujya Dadashri and Pujya Niruma’s photo which resides at Her memorial. This was followed by arati of Lord Simandhir Swami and Param Pujya Dada Bhagwan. After prasad, there was a whole hour of Swaroop Kirtan Bhakti (devotional singing of the real Self) followed by a special CD of Pujya Niruma. 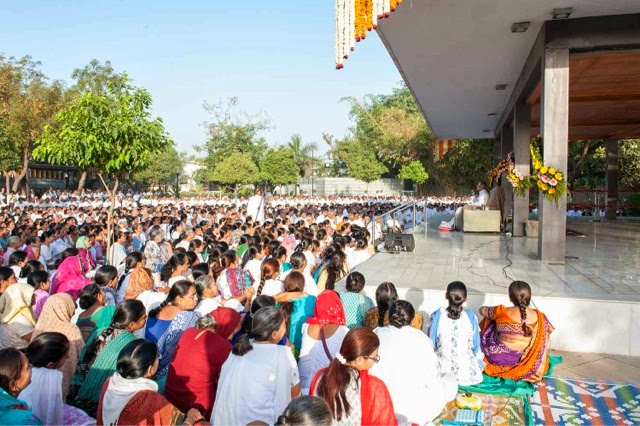 In the afternoon the Akram-Diksha Ceremony of Sadhaks (spiritual aspirants) going to Aptasinchan started with the launch of Audio books of Param Pujya Dadashri’s vani (speech). 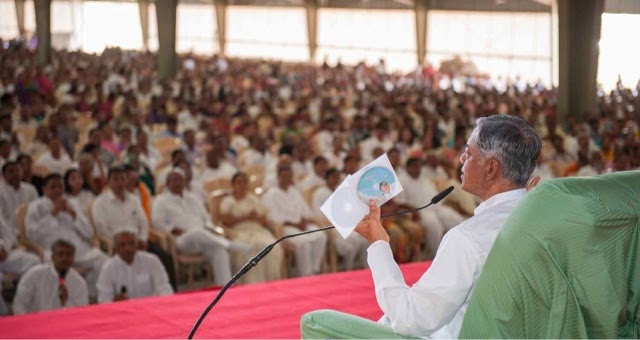 Then the main event of the Samarpan Vidhi (Akram-Diksha Ceremony) started. 12 celibate boys and 15 celibate girls surrendered themselves to Param Pujya Dadashri’s cause of Jagat Kalyan (Salvation of the world) whole heartedly and a life of celibacy. The Sadhaks are joining Aptasinchan with the blessings of their parents, relatives, friends and all of Pujya Dada’s followers. Next, Pujya Deepakbhai announced the progression for the already dedicated Aptasankul members, as they take a step forward in their spiritual path.

At night, there was a very heart touching bhakti session with a very nice composition of pads of Pujya Niruma, which made all the followers feel Pujya Niruma’s live presence. 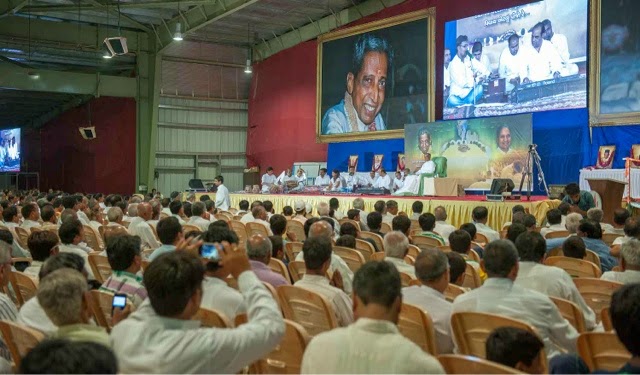