Showering Unconditional Love on All 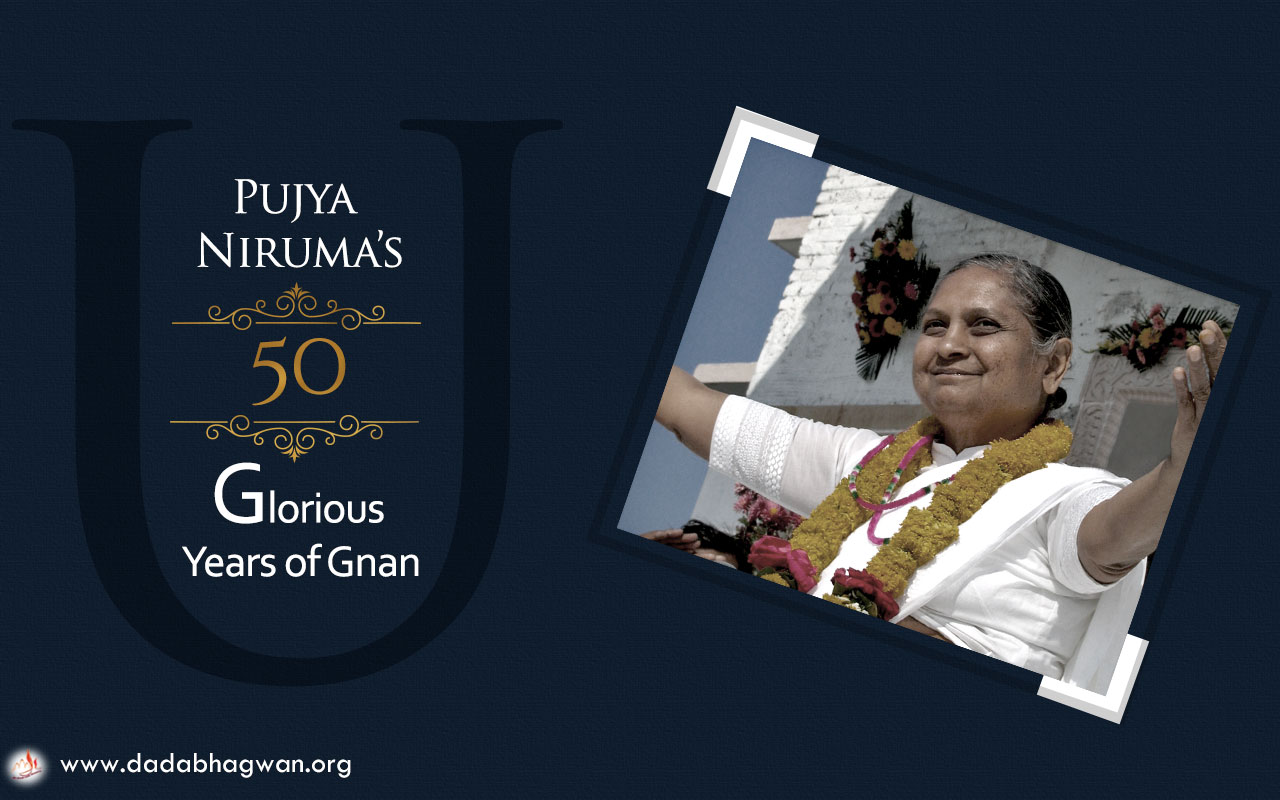 True love - that which does not increase or decrease, but remains constant. Even if someone insults you or praises you, it remains the same. In true love, when you love someone you have no expectations of them and you do not have the desire for revenge. Whomever you love, you never see their faults or mistakes. You always see them as faultless. Love is always something you to give others, not something to get from others. We seek love from others, but we will not find it anywhere because no one has this true love. The love that you search from others, that is not true love. Love is not something you ask for, it is something you give others. When you learn to give love to others, you will never feel the need to be loved. It will be overflowing within you, so you do not need it, instead you will share it with others. This is how Pujya Niruma became the ‘Embodiment of Love’.  She said, “That is what I do, I don’t want love, I have come to give love [to others]. So wherever I go I always receive love.”

Pujya Niruma used pure love as an instrument to attach followers with their ultimate goal of understanding Param Pujya Dadashri’s knowledge of the Self, attaining Shree Simandhar Swami’s refuge and progressing on the path of salvation. For this, she would adjust in every way just to ensure that the person did not divert from the path of salvation.

Pujya Niruma also used to ensure that the children whose idol she was, not only progressed spiritually but also in their worldly life. She used to guide them in their further studies on seeing their abilities and thus moulded them. Her care and affection was such that it multiplied the enthusiasm of celibate followers and they would work day and night tirelessly to accomplish the work of Param Pujya Dadashri’s mission for the salvation of the world.

She had the ability to identify positive traits within everyone she met. She would encourage those positive traits in such a way that other positive qualities automatically developed within that person.

Pujya Niruma used to give the individual working in a particular department, full authority to deal with matters pertaining to it and remained as if she knew nothing in the field, so that the person had enough scope to develop fully. In case a mistake was made on their part, she used to ask them to confess themselves, to keep the oneness with Pujya Niruma intact. We can deduce that there existed such balance in Pujya Niruma’s nurturing. She always said that any particular object or piece of work was not as valuable as a person’s heart. All followers were a piece of her heart. They should not get hurt.

If a mistake were made, she would not react instantly like others do nor would she let go of the mistake. After some time, she would talk to the people involved regarding their mistake and make them realize where they went wrong. In this situation, if people got upset with themselves for making the mistake, she would also provide balance by showing them the brighter side.

Another one of her techniques, she said, was to convince others and get the required work done. If the opposite person was not convinced she would never let the person do the work by force or half-heartedly.

When she met followers, she would ask them about their spiritual journey and was able to gauge their present condition. If ever she felt like it was necessary, she would ask the person to improve for their spiritual progress as per her observations. Due to this grace, people would be left in admiration of her and they would completely surrender because of the compassion they received.

Pujya Niruma’s love was also in the form of cautionary hints, showing significant mistakes of a person, which if a person understood and grasped, would boost their spiritual progress and take him/her far ahead. She was such that anyone could easily be transparent and openly converse with her. She loved unconditionally without any expectation in return.

Pujya Niruma had become the embodiment of pure love following and keeping in mind each and every minute remark Param Pujya Dadashri made. Her last message, during her physical departure was, “Prem thi Rehjo … Promise?” translated "Live with Love.Promise?"