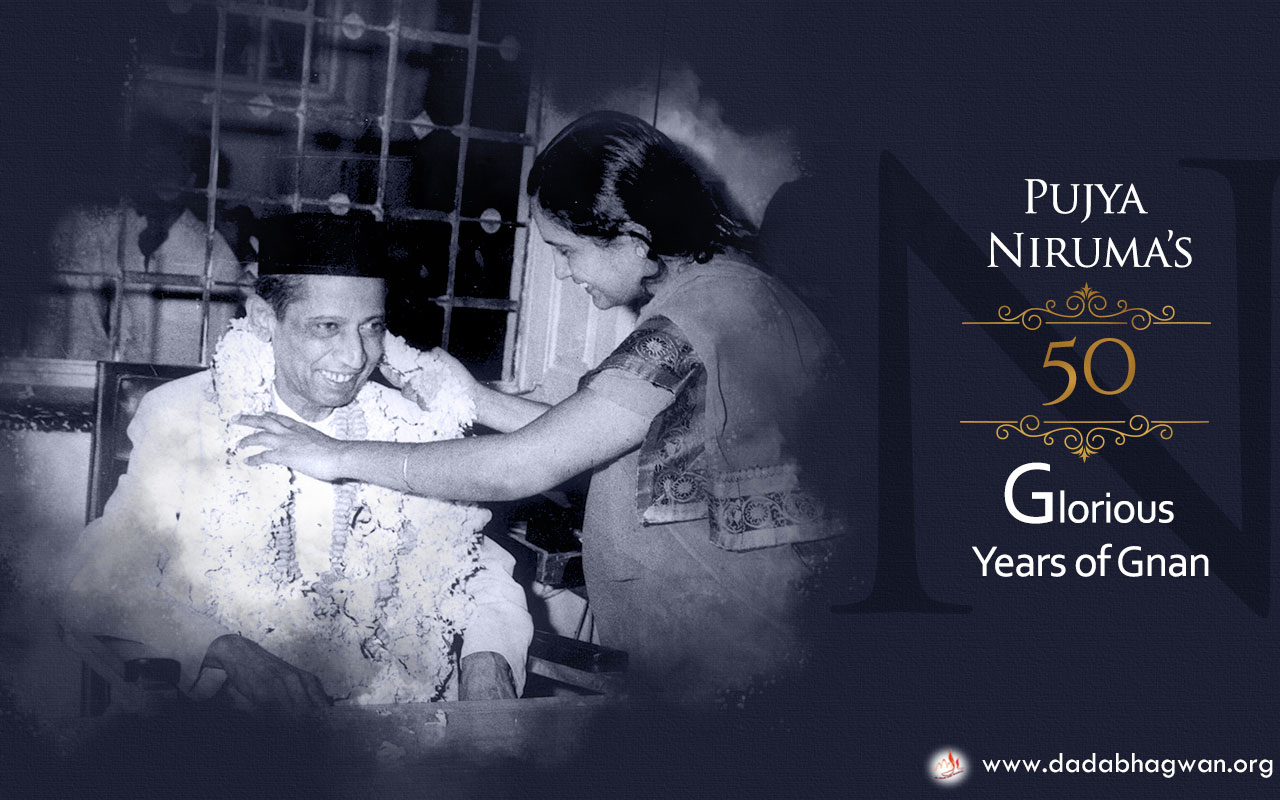 Dr. Niruben Amin, loving called 'Pujya Niruma', was born on December 2, 1944 in Aurangabad, India. She had five older brothers and was raised with a lot of love and care. Her mother used to follow the Vaishnav Dharma and performed some rituals and offerings to Lord Krishna. However, Pujya Niruma was less inclined to participate in these religious rituals.

An interesting fact about Pujya Niruma is that her memory was extremely sharp as was her grasping power. This meant that she could remember her studies by reading them over once or by just having a glance. She was ambitious and aimed to serve people by becoming a Doctor.

When her mother became ill, Pujya Niruma served her with great love and care. Deeply happy and satisfied with her service, her mother gave Pujya Niruma lots of blessings. These blessings helped her, understand and progress in Gnan (Knowledge of the Self).

Pujya Niruma first heard about Param Pujya Dada Bhagwan from her older brother. Her brother told her that, there is someone whom, within an hour, had the ability to impart knowledge that could make you unaffected by worldly happiness and sorrows. Pujya Niruma’s spiritual receptivity was so acute, that on hearing that, she instantly became interested.