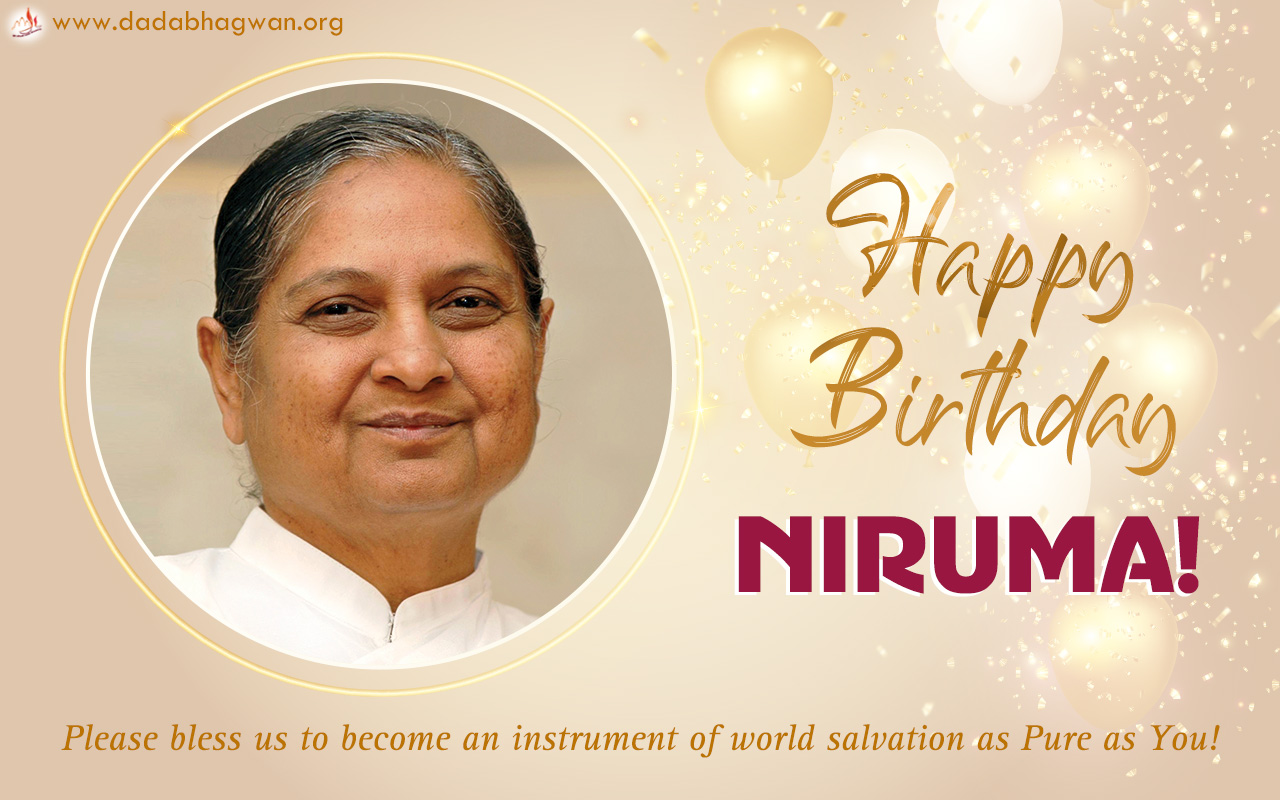 Let us today learn about one of the many such qualities that she possessed.

At a young age of 24, Pujya Niruma attained Self Realization from Gnani Purush Param Pujya Dada Bhagwan, who enlightened her and thus made her taste the experience the blissful state of the pure Soul within.

Thereafter, Pujya Niruma gained her basic lessons for practicing brahmacharya meaning celibacy, directly from and in the presence of Param Pujya Dadashri. Once receiving some hint from Param Pujya Dadashri for any mistake that she committed, she never failed to let the same repeat again. So determined was she!

Having a background of being a daughter belonging to a rich family, she had a collection of hundreds of sarees. While she was in service of Dadashri, she used to put on a white saree and while in her hospital internship and other places, she used to put on the coloured ones. Once an incident occurred when Param Pujya Dadashri remarked to her that if you want to follow a celibate’s life, wearing coloured sarees is not appropriate. From that day onwards, she gave away all her coloured sarees and wore only white sarees to maintain the kind of simplicity that graced a celibate.

After the demise of Param Pujya Dada Bhagwan, she single-handedly began the work of spreading Akram science among people. At times, she had to travel from place to place in a local vehicle, fully loaded with men, she being the only woman among them. Yet she kept her spirit on for the mission she was determined to serve and at the same time observed fasts as a sign of atonement to maintain her celibacy.

Her powerful fire-like celibacy made both, the men as well as women, realize that she was an uncommon and extraordinary person amidst the crowd. Just by seeing her, the intent of following a celibate life got ignited among many youth. Without any hesitation, they right away surrendered in her feet, vowed to follow celibacy throughout life and dedicated their life in the service of the world salvation mission.

Param Pujya Dadashri once remarked that she has a capacity to give spiritual lessons to hundreds of monks. Such was her Purity in life as a celibate!!

On the auspicious occasion of Her Birth Anniversary today, let us all pray that may we also, as per her desire and with her grace, become an instrument of world salvation, as Pure as Her and help spread Param Pujya Dadashri’s Akram Science in whatever little ways we can, so that it reaches every corner of the World!

Can there be a better birthday celebration than this of a Person like Her?!