Let us begin this 9th day of May by wishing our dearest Pujya Deepakbhai a very Happy 62nd Birthday! Let us pray that He has a long healthy happy life filled with the everlasting experience of the Soul, that His next birth is at the lotus feet of Shree Simandhar Swami and that He attains Moksha (ultimate liberation).

Pujya Deepakbhai is known and admired by countless individuals for the innumerable qualities He possesses – purity, utmost humility and sincerity to name just a few.

Taking a quick look at Pujya Deepakbhai’s past we can learn more about His quality of sincerity and how it developed through His early years.

Pujya Deepakbhai attained Self Realization from Param Pujya Dadashri on March 6, 1971. Since then Pujya Deepakbhai spent all of His free time helping Pujya Niruma serve Pujya Dadashri. He carried out every task assigned to Him with utmost sincerity, even menial tasks like sweeping the floor, preparing for satsangs and Gnan Vidhis, putting out floor mats, picking flowers off the floor, folding and putting away floor mats and running errands. He also assisted Pujya Niruma with recording, writing, compiling and editing Param Pujya Dadashri's satsangs for books and other publications.

Upon observing Pujya Deepakbhai’s sincerity, in 1974, Param Pujya Dadashri told Pujya Niruma, "Deepak has a lot of sincerity in him. If someone were to develop and mould him, he would reach the pinnacle of any direction he is guided."

Under Pujya Niruma’s loving guidance Pujya Deepakbhai was groomed into an icon, who today is looked upon by thousands of Param Pujya Dadashri’s seekers for spiritual guidance and development for their path of ultimate liberation (moksha). 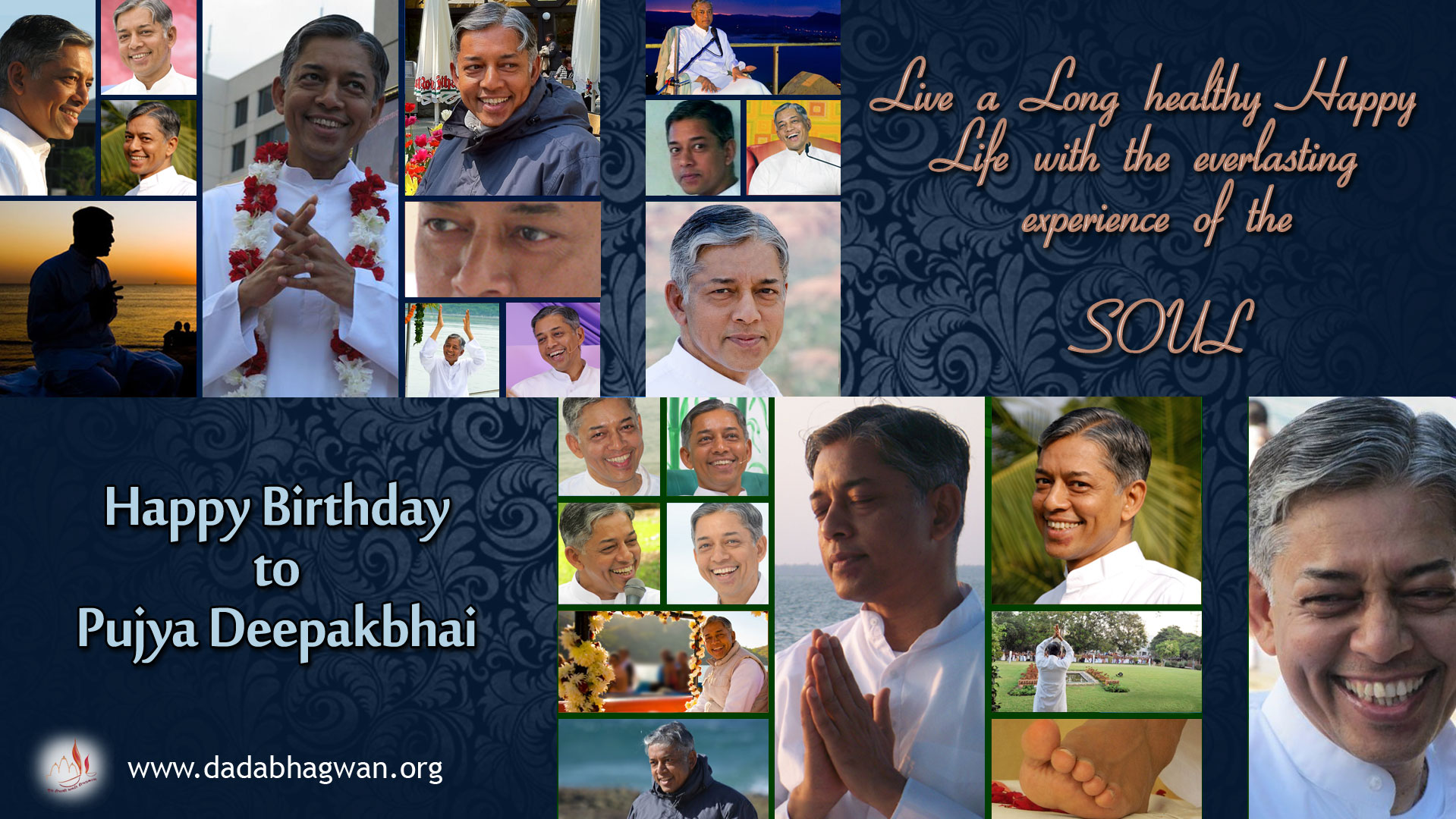