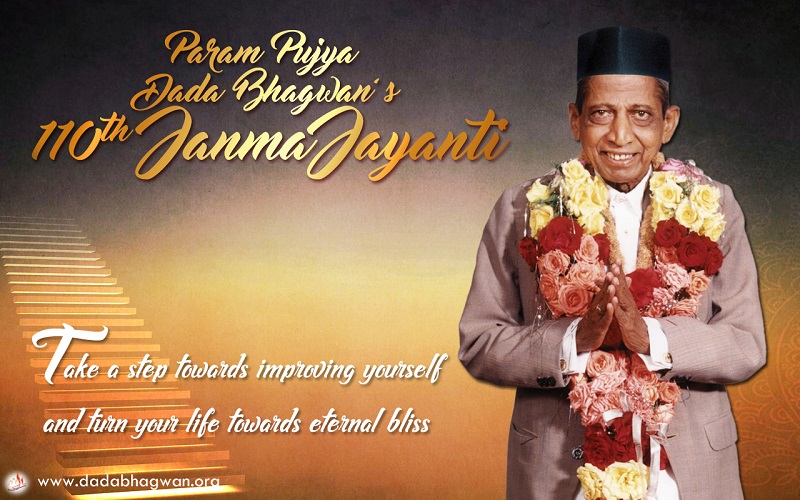 Ambalal Muljibhai Patel was born on November 7, 1908, in Tarsali a village near Vadodara (Gujarat), India. He later came to be known as Param Pujya Dada Bhagwan, the founder of Akram Vignan, the spiritual science of the step-less path to Self Realization.

Param Pujya Dada Bhagwan was very analytic from childhood. He would analyze the events that occurred in His daily life, and had the ability to draw exact conclusions from them. Once He was able to extract a conclusion from an incident, He never forgot what He learnt and as a result never made the same mistake for the rest of His life. Consequently, He was able to become free from all His mistakes and experience eternal bliss.

Let us look at one incident that occurred in Param Pujya Dadashri’s life before spontaneous Self Realization occurred within Him and see what conclusion He drew from that incident.

A cat had slipped into the kitchen when Param Pujya Dadashri was at home. He quietly kept an open pot of curd for the cat. The cat in temptation of the curd, put its head inside the pot and got trapped. Param Pujya Dadashri, ran to rescue the cat, helped it remove it’s head and concluded, ‘Ah! One has to pay so dearly for one’s greed. Even after having gone through so much trouble, the cat will forget everything. The next time it sees a vessel full of milk or curd, it will make the same mistake, get trapped in the circle of greed and endure pain. Just like the cat, humans too forget the unhappiness they went through the previous time and again turn greedy and make the same mistake.’

Just as Param Pujya Dadashri drew conclusions from every incident in His life and did not let the same mistakes happen again, we can learn to draw conclusions from our life’s incidents and make an active effort not to let the same mistakes occur again. Let us celebrate the birth anniversary of Param Pujya Dada Bhagwan by learning this invaluable lesson from Him and thereby take a step towards improving ourselves and turn our lives towards eternal bliss.