Despite leaving His mortal body on 2 January 1988, Ambalal Muljibhai Patel, fondly known as Param Pujya Dada Bhagwan, is still alive in the hearts of millions of people around the world. Why so? Well, that’s because His only desire and intent to take away the pain and suffering of everyone in this world through the step-less (Akram) spiritual science (Vignan) has given permanent bliss and happiness to countless across the globe. He was not an ordinary man; He is the founder of the Akram Vignan movement, self-performing science acting as the direct, step-less path to Liberation.

Dada Bhagwan was revered as a Gnani Purush (Enlightened Being) in whom the Pure Soul had manifested fully, which consequently helped millions others to realize their Soul too, regardless of caste, gender, or religions. This self-realization is based on the ultimate spiritual science that transforms all temporary pain and suffering into permanent bliss and happiness, without doing anything. It is all about knowing the exact science, not about doing anything for gaining permanent bliss.

The proliferating effect of Self-realization is experienced even today, by those who attend this ceremony. This is because Param Pujya DadaBhagwan Himself remained spontaneously in the bliss of the Self (soul), indicating complete detachment from the Ambalal Patel’s physical body.

Due to this spontaneous separation of the body and soul, His death was in complete Samadhi – free of any suffering, attachment, and pain, and with complete inner bliss.

Let’s have a strong resolution this New Year to attain Self-realization as soon as possible and say good bye to all the pain and miseries of life! At present, blessed by Dada Bhagwan, Pujya Deepakbhai Desai conducts Self Realization ceremonies (Gnan Vidhi) across the world. Have a look at this year’s schedule here! 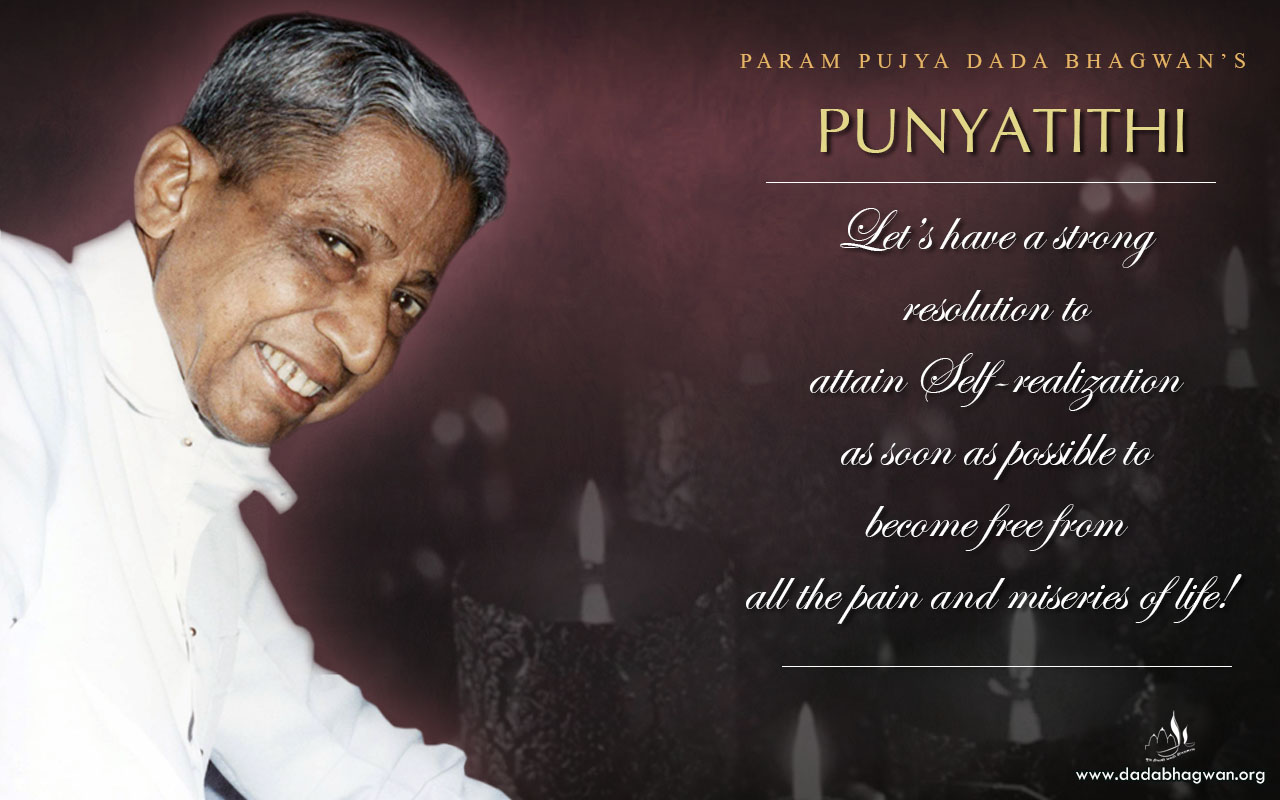