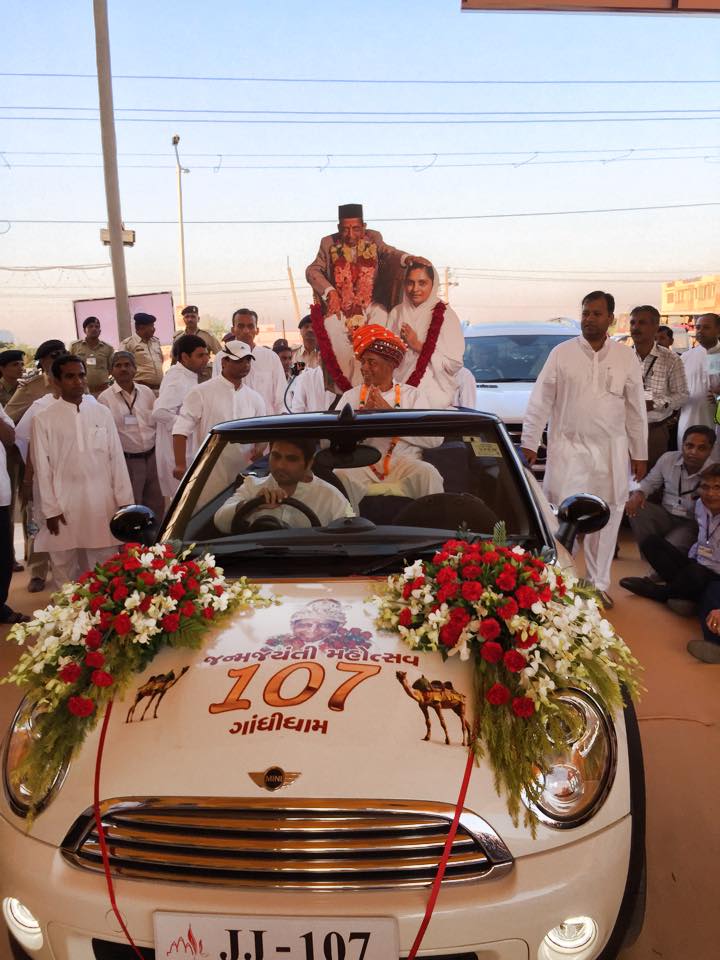 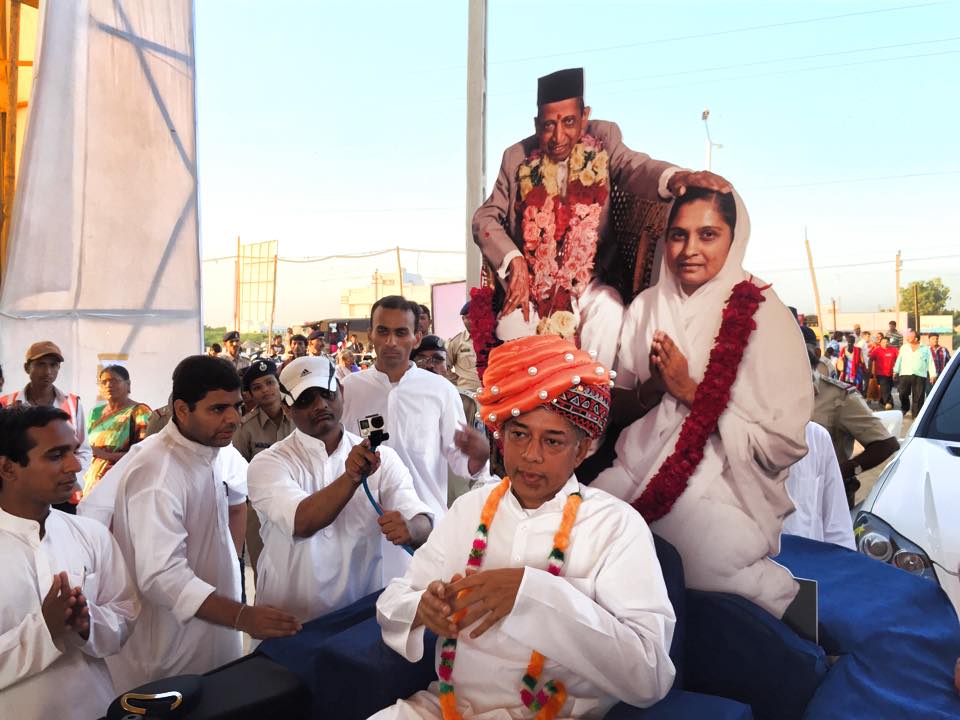 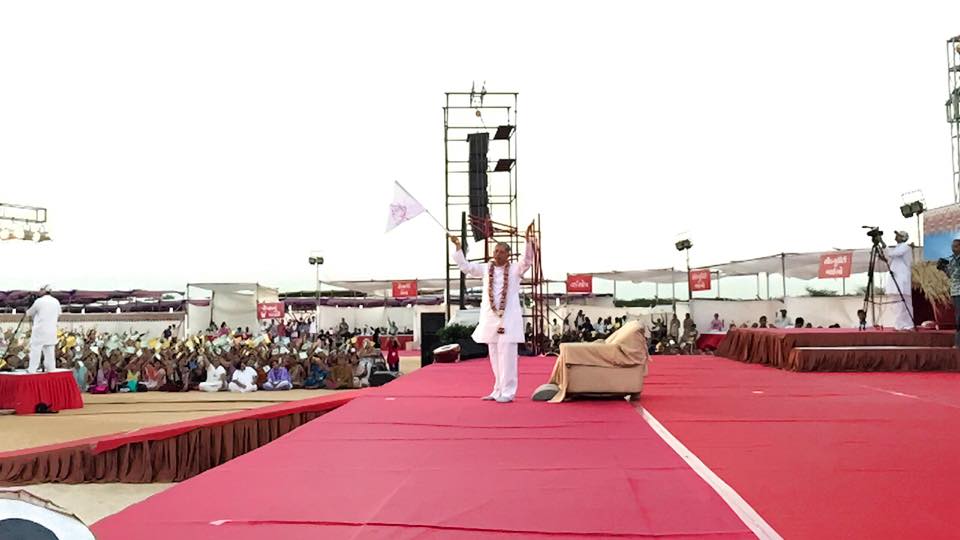 Over 100 little children and youth performed exceptionally well in a cultural program which had a Kutchi theme. Thousands of followers and Pujya Deepakbhai watched their performance.

At night there was a spiritual discourse with Pujya Deepakbhai with over 10,000 followers in attendance. 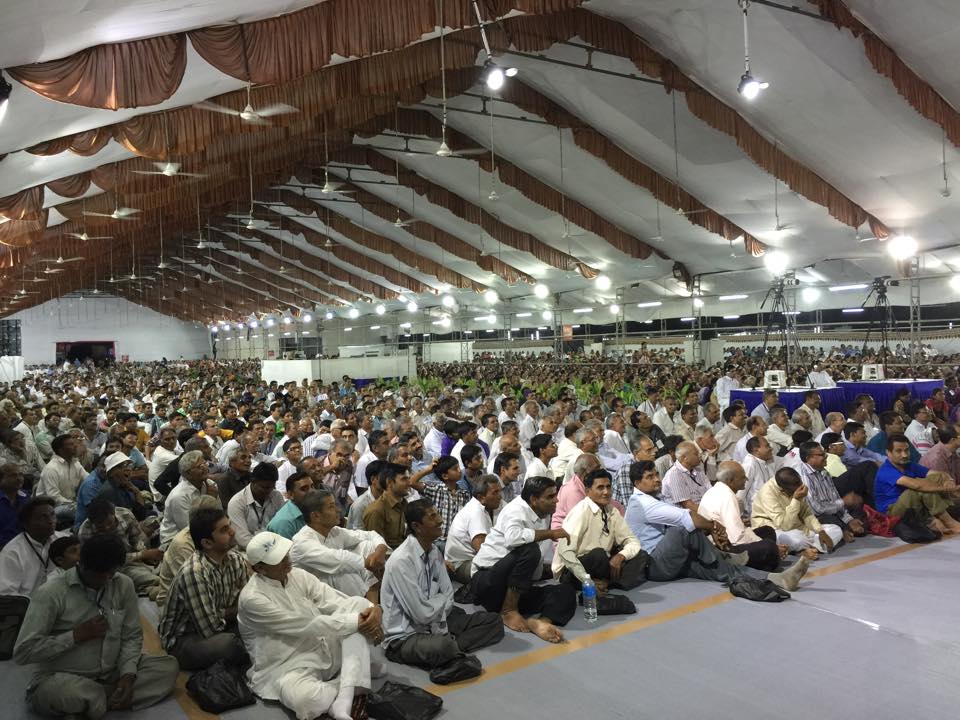 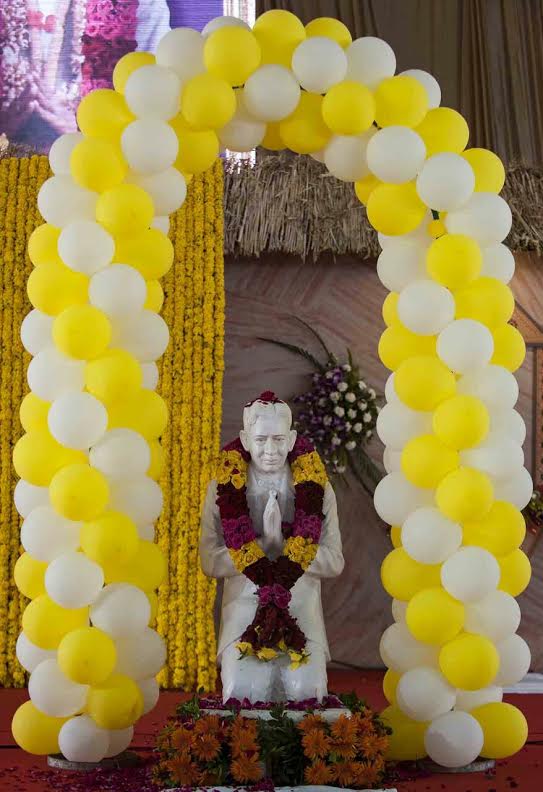 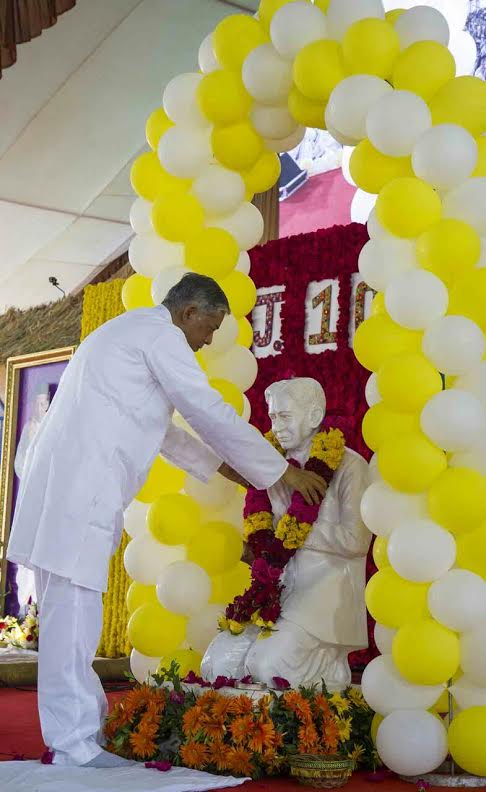 In the afternoon, the Honorable Chief Minister of Gujarat, Shrimati Anandiben Patel graced Param Pujya Dada Bhagwan’s 107th Janma Jayanti Mohatsav with her presence. Thousands of followers warmly welcomed her. She was blessed by Pujya Deepakbhai to fulfill the aspirations of crores of Gujaratis. Pujya Dadashri has said that there would be a time when pure leaders would come into power and lead India towards new heights. Pujya Dadashri’s words can be seen coming true today. 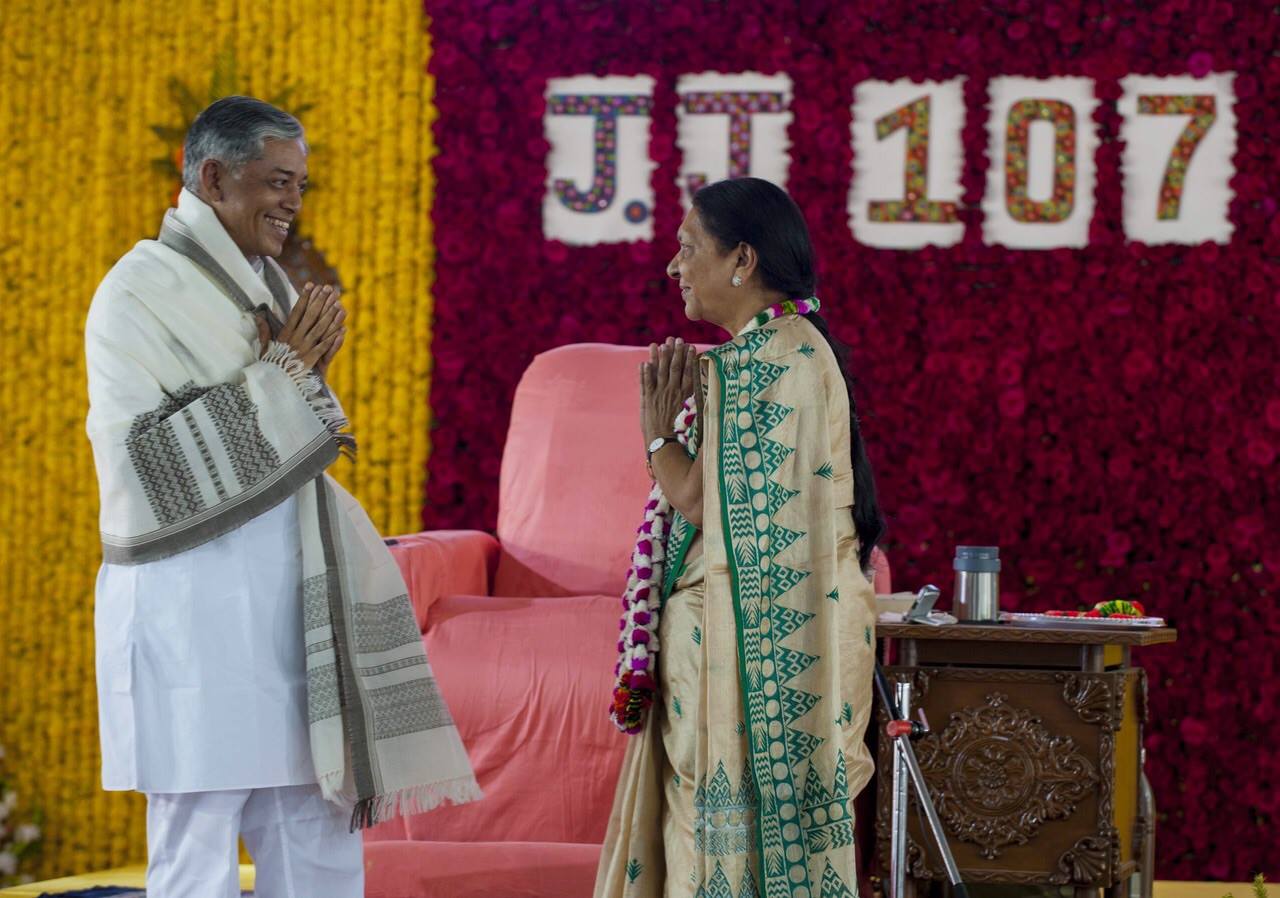 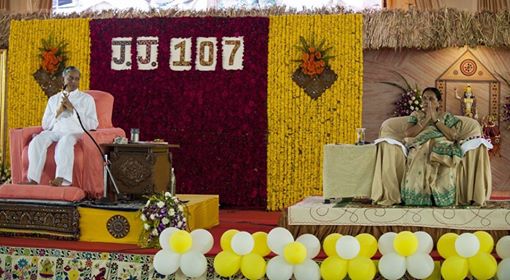 From the 7th to the 9th of November the Satsang Hall was full of people. Pujya Deepakbhai gave attendees, simple yet applicable spiritual solutions to their day to day life problems making them extremely happy. 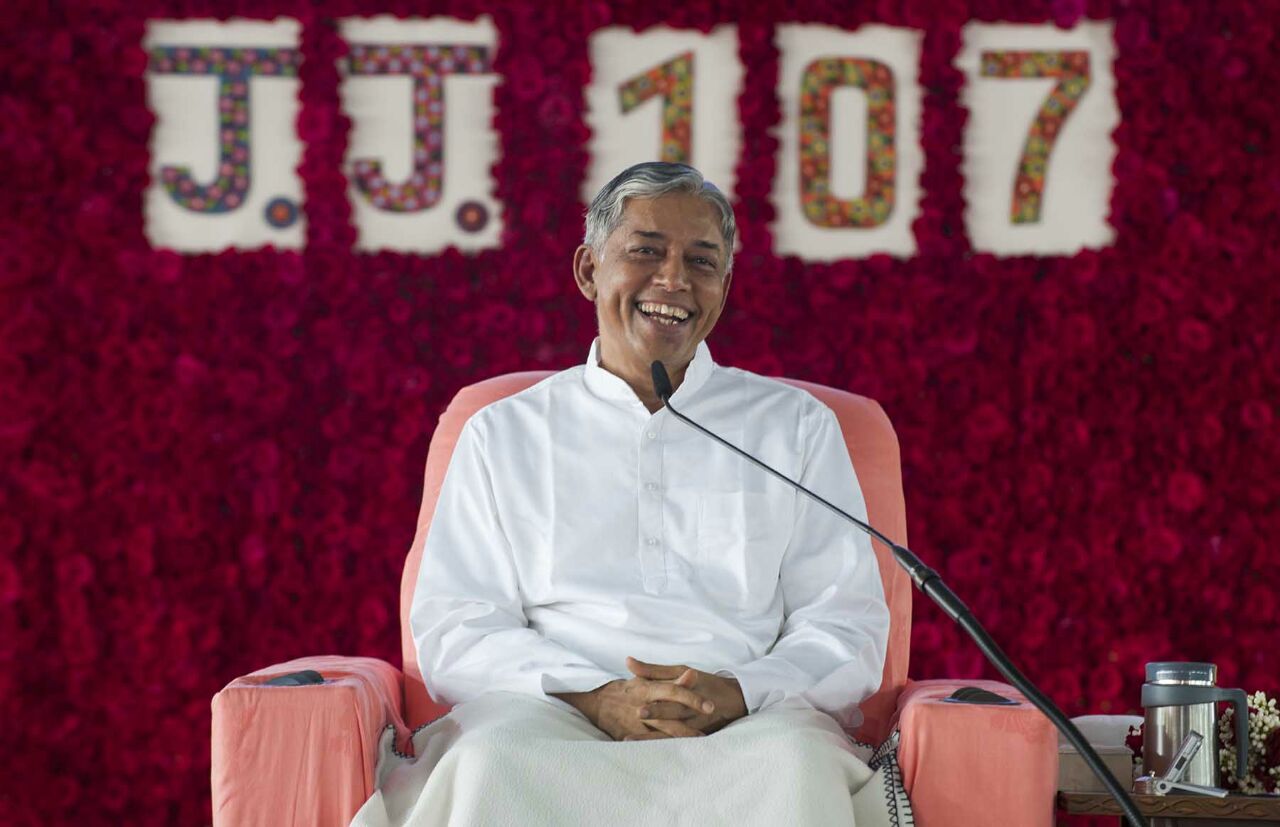 Thousands of people stood in line to watch all the shows in the Children’s Park, Theme Park and Web Duniya. This time a new way of explaining Pujya Dadashri’s science was introduced in the Theme Park, it was called “Change Belief, Get Relief.” It explained how clashes occur because of different viewpoints and how to solve these clashes with Pujya Dadashri’s right understanding. One of the visitors said that, “I never knew that happiness could be attained so easily just by changing one’s belief.” 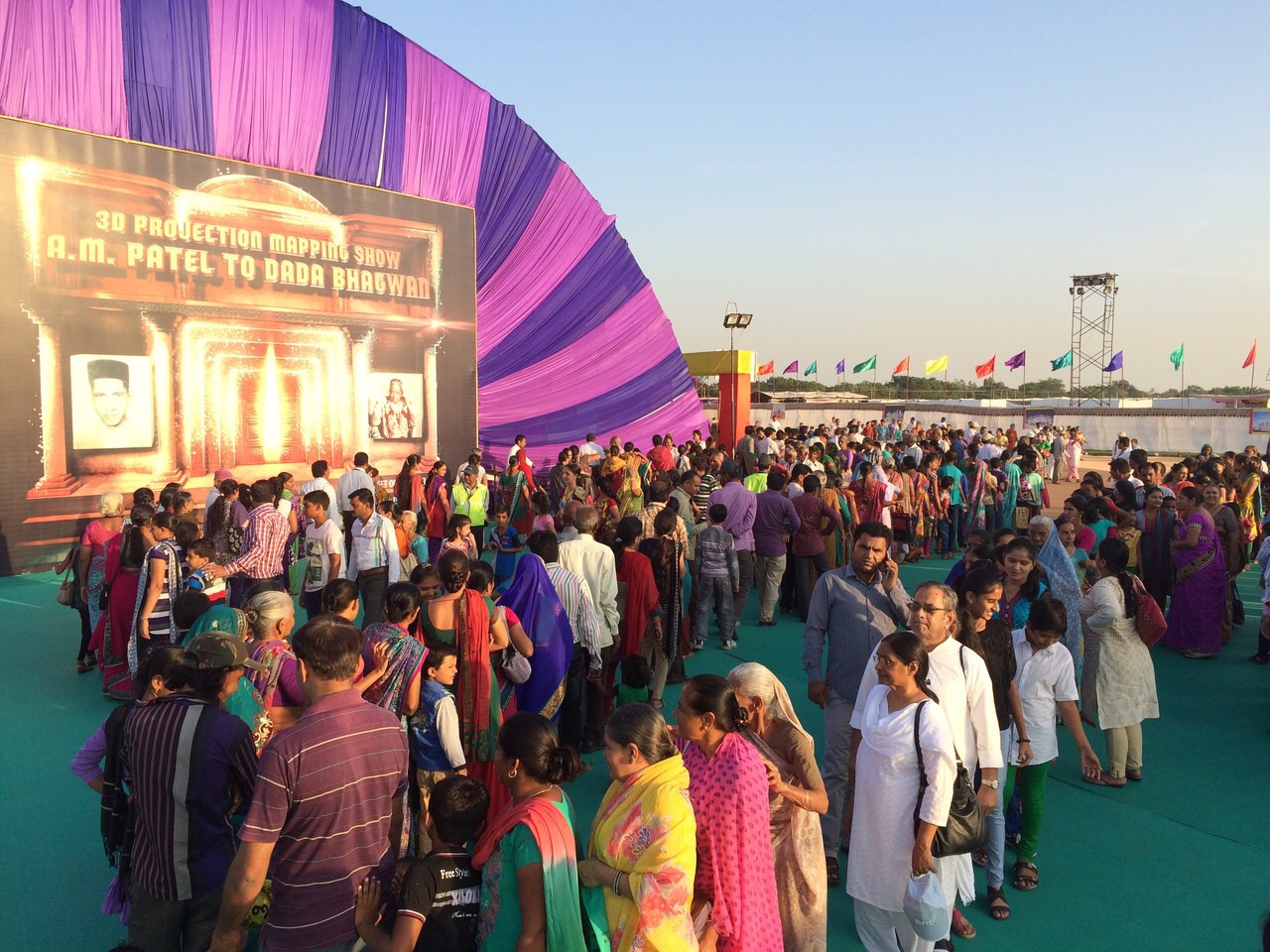 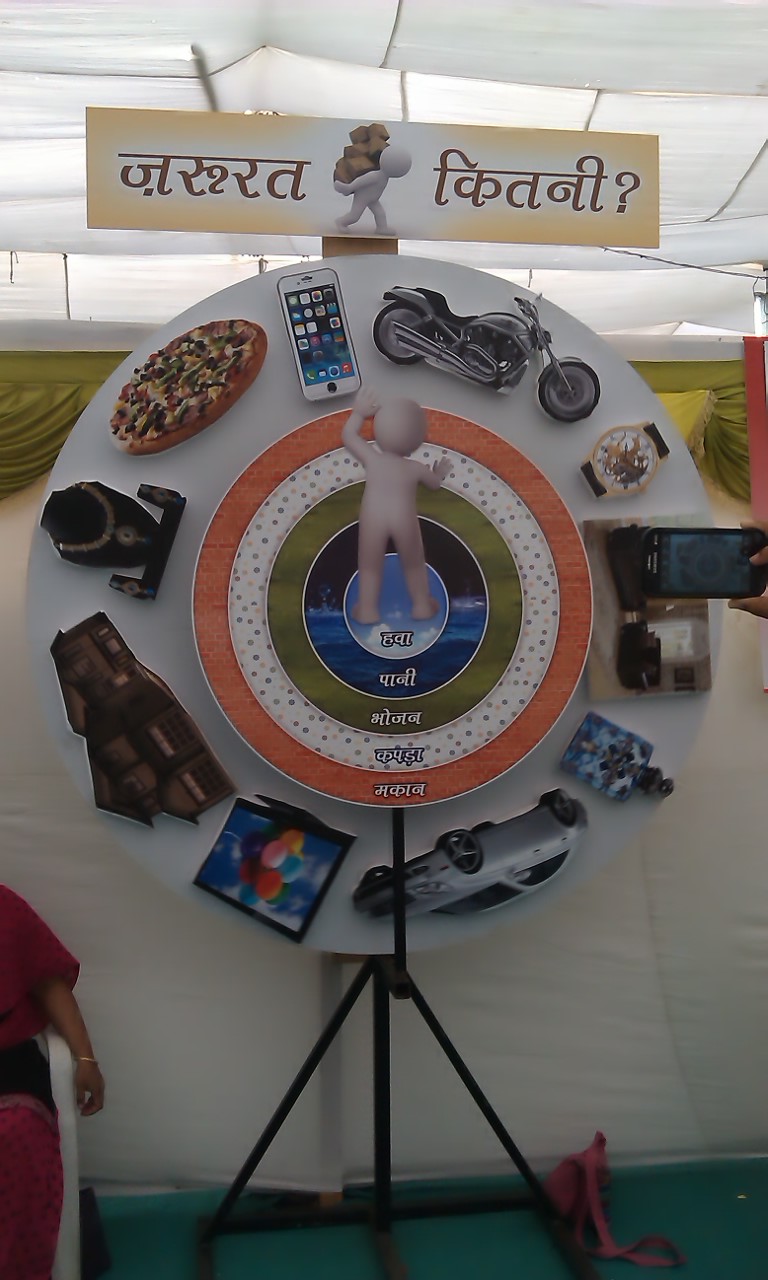 A 360 degree parenting display was designed to teach parents how to create a positive environment to nurture their children. It also taught parents unique ways to interact with their children without creating conflicts due to differences in viewpoints. 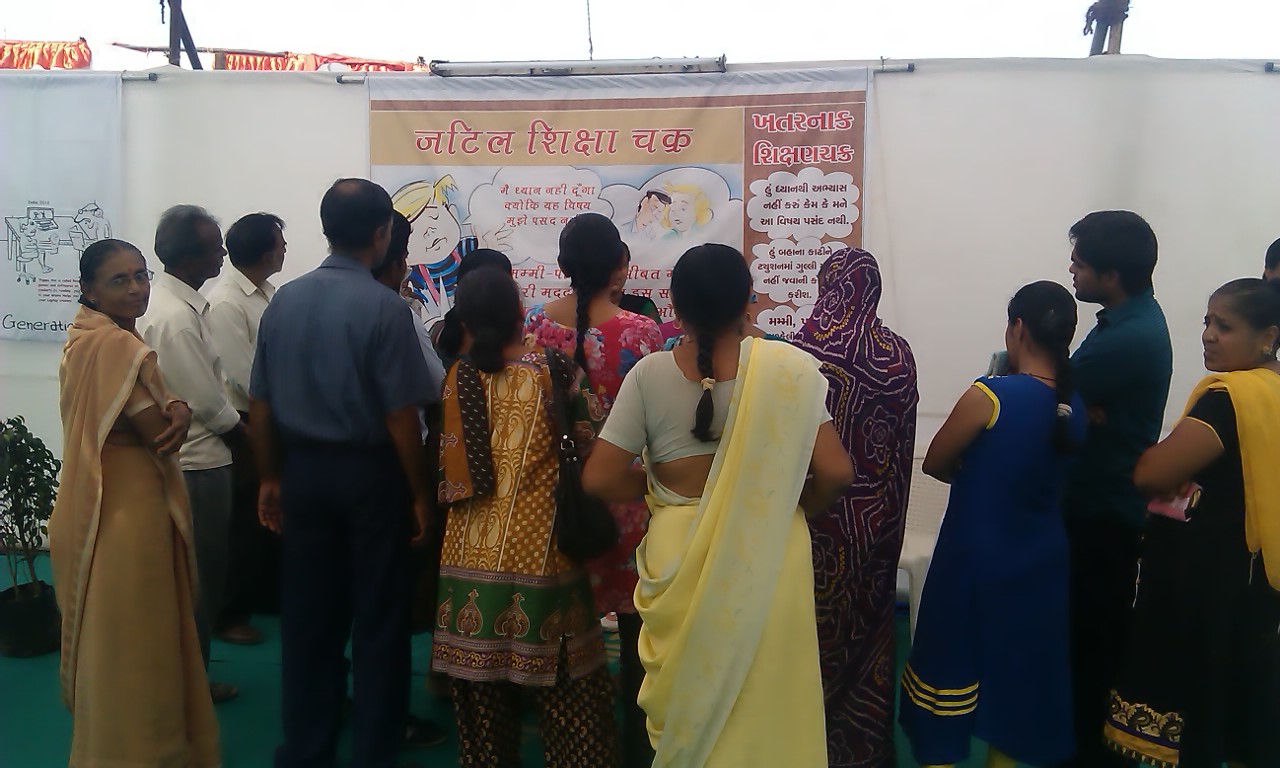 Another show that was extremely popular with visitors was the 3D Projection Mapping Show called “A. M. Patel to Dada Bhagwan.” It depicted what happened to Dada Bhagwan during the spontaneous manifestation of Self Realization within Him. 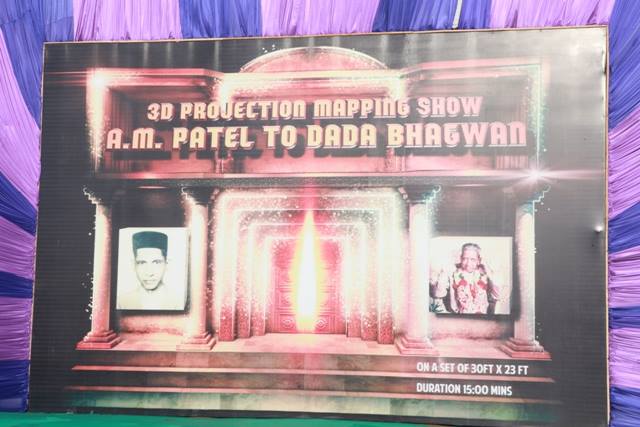 In the Children Park, there were lots of attractions for children. There was a Puppet Show called “Dukh Se Sukh ki Aur,” the Merry Land show, “Aag Babula” interactive display, Lucky Draw and the Amphitheatre. Through the Puppet Show children learn that by giving happiness you get happiness. 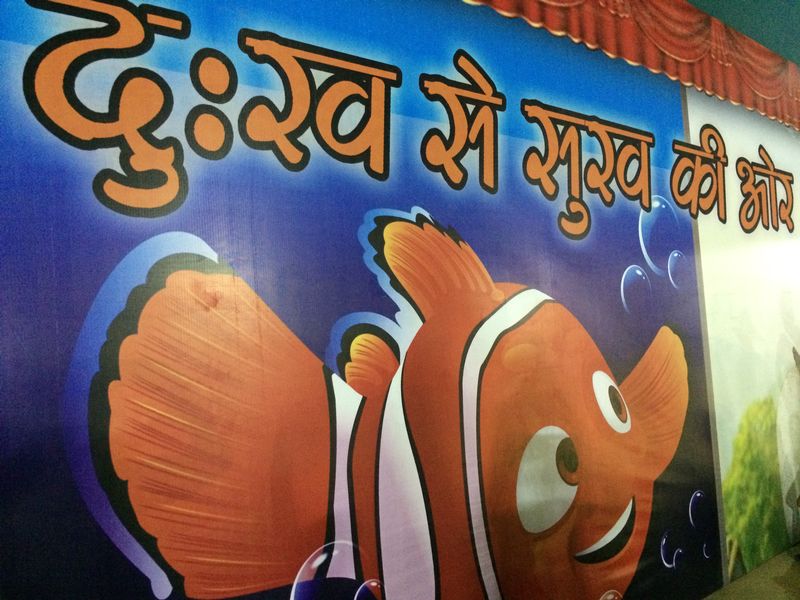 The Merry Land Show taught three things – 1) To identify your mistakes, 2) The use of right understanding – “What you give to others, you will get back,” 3) Ask for forgiveness if you hurt anyone. 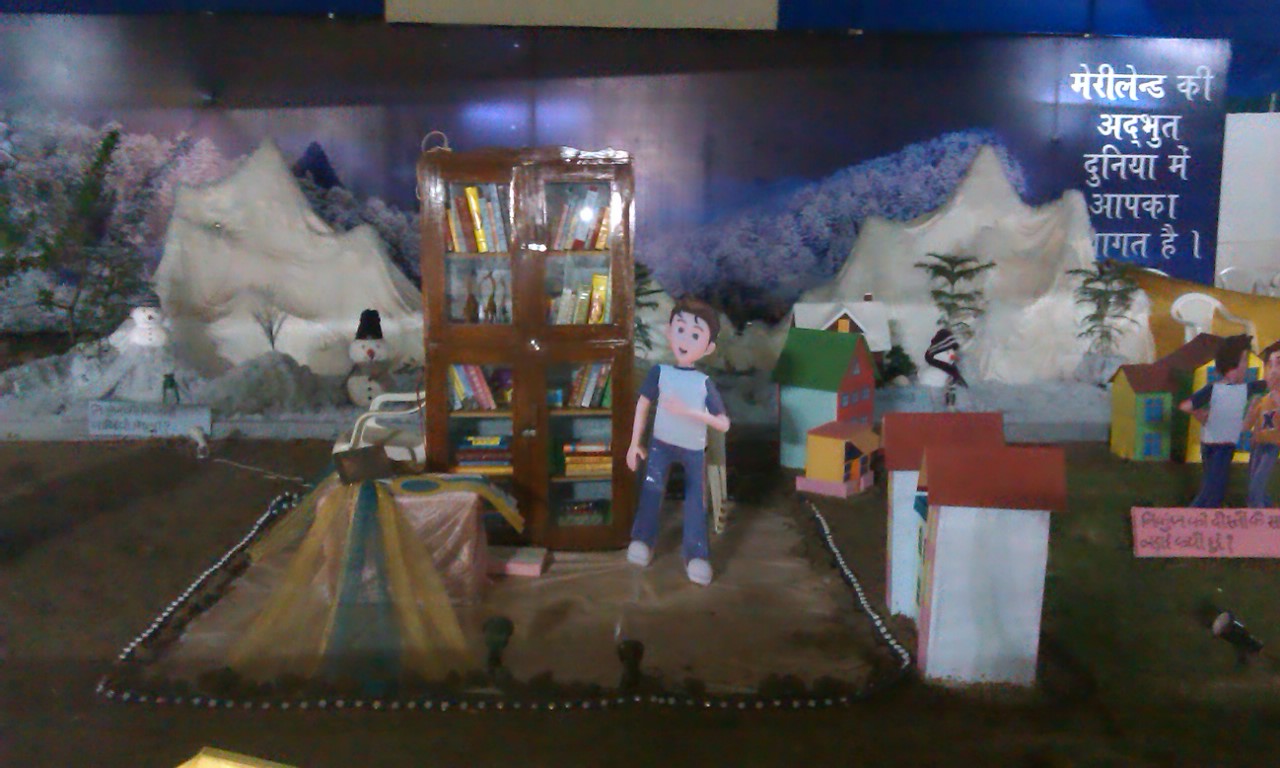 And the Aag Babula interactive display illustrated what are the effects of getting angry and more importantly how to get rid of anger. 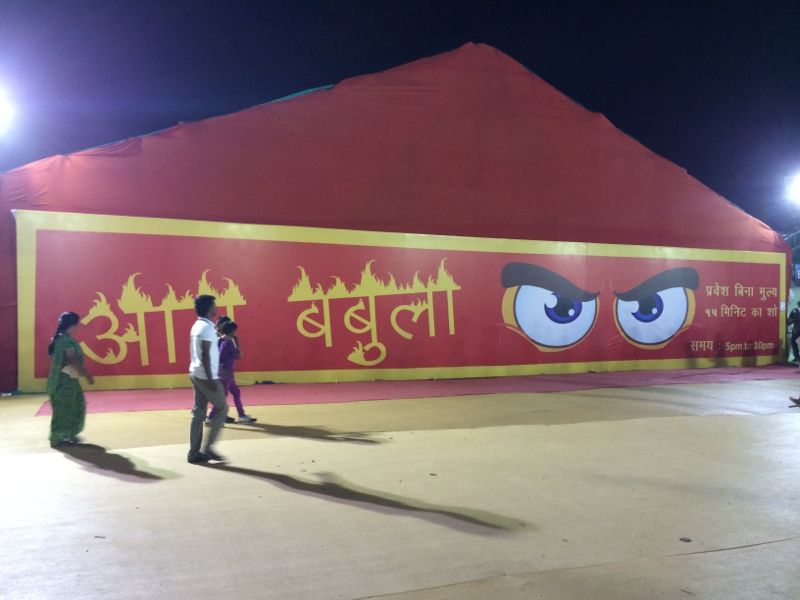 On 10th November there was a Voluteers Satsang with Pujya Deepakbhai, where they shared their amazing experiences. A total of 2800 volunteers comprising of young volunteers from the age of 5 to old volunteers of the age of 75 gave sincere service for 14 to 16 hours a day for 5 days. 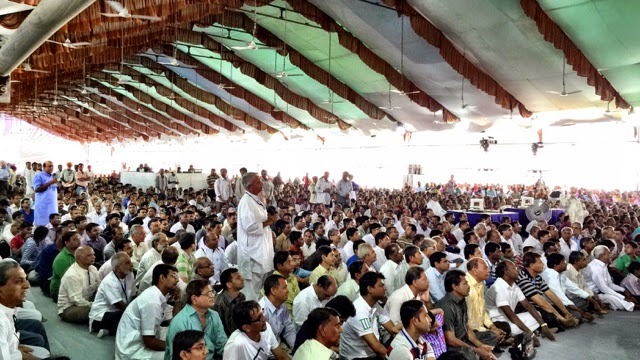 Visitors said that in Gandhidham every program has always been at a charge, even parking is charged, but here in Dada Bhagwan’s Janma Jayanti there are soo many wonderful shows, excellent food at a cheap price, the grounds are superbly clean and everything was totally free which really is amazing.