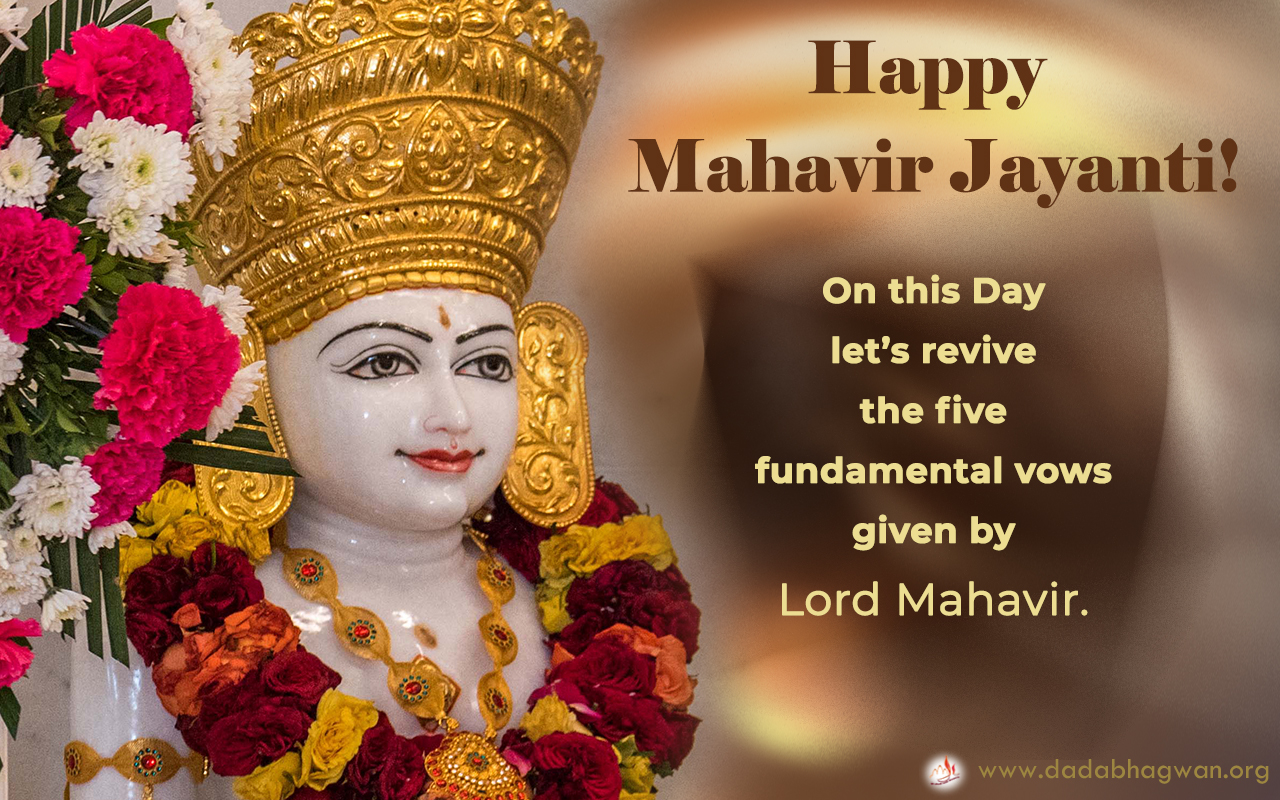 According to you, who is ‘God’?

Is it someone who is mighty and strong? Or the one with the super natural powers? Or someone with good looks? Alternatively, someone who has won over his inner enemies of anger-greed-deceit?

God is within whom the attributes of God have manifested completely.

Some of the external powers might be possible to develop with some efforts. But the real victory lies in overcoming our inner enemies of anger-pride-greed-attachment-desire. It is easy to identify our external enemies and protect our self from them but the real challenge lies in recognising what lies inside and being vigilant against those.

Lord Mahavir, which means, the victorious one, did exactly that.

Every year the birth anniversary of Lord Mahavir is celebrated as ‘Mahavir Jayanti’ by millions of people across the globe. What makes Him so great? The world celebrates His victory over all sensory pleasures and inner weaknesses. He also laid down the following five fundamental vows for everyone’s spiritual progress.

Out of these 5 doctrines/vows, He laid special emphasis on Brahmacharya. Param Pujya Dada Bhagwan who has revealed to us this science of celibacy says that rather than mere suppression, celibacy should be practiced with right understanding. He says, “Sexuality is not poison. Fearlessness in sex is poison.”

Practising celibacy might not be so easy in today’s time cycle. But Param Pujya Dada Bhagwan says that even married people can practice celibacy. Through the science of Akram Vignan, He has extensively revealed to us the dangers of illicit sex, benefits of celibacy, how to overcome sexual attraction, celibacy for married people etc. Millions of people across the globe are practising celibacy with this understanding. He says, “If you win over sexuality and sexual impulses, by practicing celibacy, then you win over the world. You no longer remain dependent on anything in the world.”

Isn’t this real power? The one that make us all, MAHAVIR.