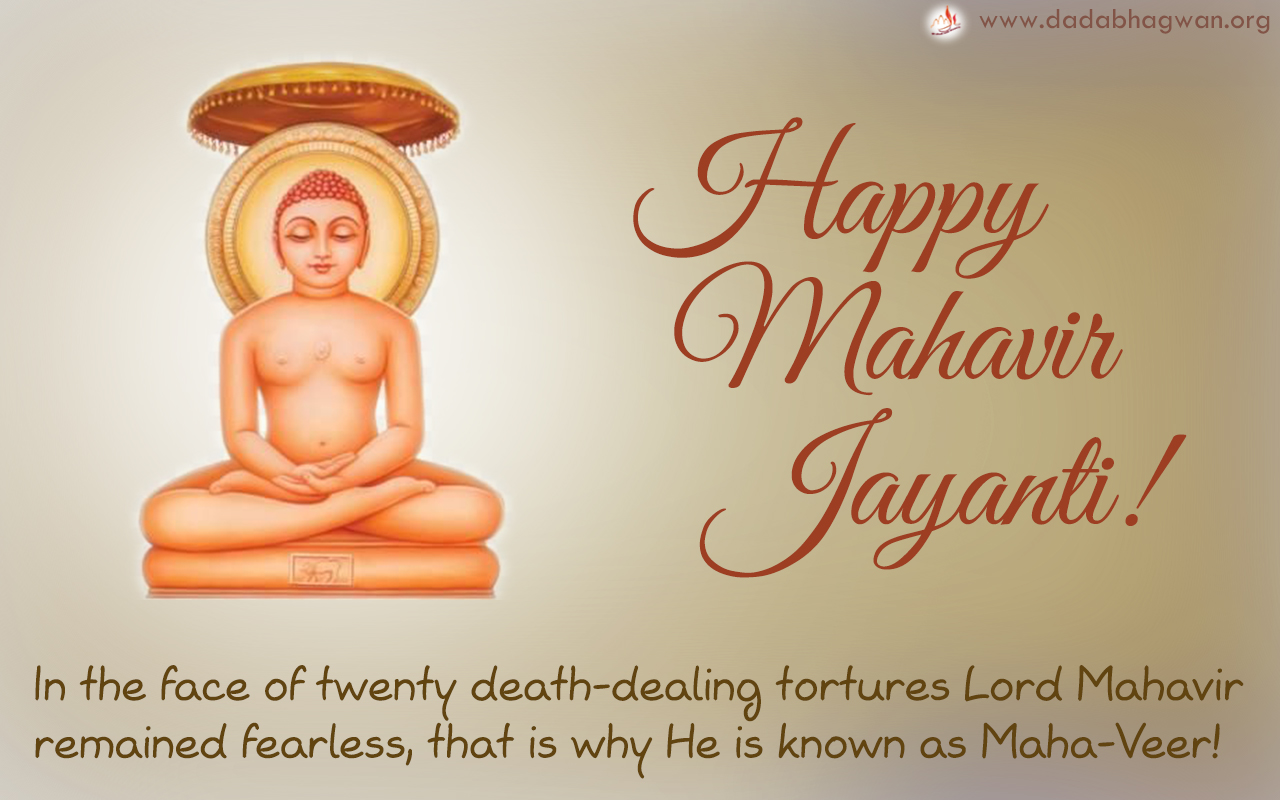 Mahavir Jayanti commemorates the birth of Lord Mahavir and is celebrated by reliving His teachings of humility, non-violence and simplicity. This day is of immense importance as Lord Mahavir was considered as a blessed child whose birth was preceded by his mother getting various auspicious dreams before His birth. At the age of thirty, abandoning all worldly possessions, He left His home in pursuit of spiritual awakening and became an ascetic.

Lord Mahavir spent the next twelve and a half years pursuing a life of hard penance to drive away His basic attachments. He decided to have no possessions at all, not even a bowl for obtaining alms or drinking water; He accepted alms in the hollow of His palm.

He strictly followed the principle of ahimsa or non-violence. He endured all the physical hardships of His ascetic life peacefully. People used to abuse Him verbally, but He had faced all such situations with a lot of courage. That is why He is called Maha-Veer.

Sangam Dev also perpetrated twenty death-dealing tortures on the Lord. However, in the face of all this suffering, there was the complete absence of fear within Lord Mahavir. Param Pujya Dada Bhagwan explains, “When can one say that a person is vitarag (absolutely free from attachment and abhorrence)? When one does not feel fear of anything in this world one can say one is indeed a vitarag. What is the essence of being a vitarag? Fearlessness!” This world is so regular and orderly that if it is not in your karmic account no one can cause any harm to you, so do not be afraid. Not even Lord Mahavir could escape the effects of His past karmas.

Param Pujya Dadashri states, “I have seen that the world is faultless, no one is at fault. I had seen that. Not a single living being is at fault in this world and it will always remain in my vision. Whatever the fault is, it is the effect of only my karma. There is not a single living being that destroy your planned design. All these designs are only yours. There is no interference of anyone. The path may be filled with very rough robbers, and yet you will be able to go through it wearing jewelry worth hundreds of thousands of rupees without being robbed. This is how the world is. There is no reason to harbor any fear whatsoever.”

So why not try to rationally analyze any fear which paralyzes you - it could be bugs, it could be darkness, it could be your mother-in-law! Is it really worth living with these simple and dissolvable fears? How will your fear leave? If somebody can remove it, then only it will leave. Otherwise, it will not leave. Nobody’s fear leaves on its own. A Gnani Purush means the One in whom Dada Bhagwan has fully manifest. Dada Bhagwan is the Lord within.

So on this auspicious occasion of Mahavir Jayanti, let us grace ourselves by meeting a Gnani Purush and bid farewell to all our fears thus living a life full of joy, fearlessness and eternal bliss!