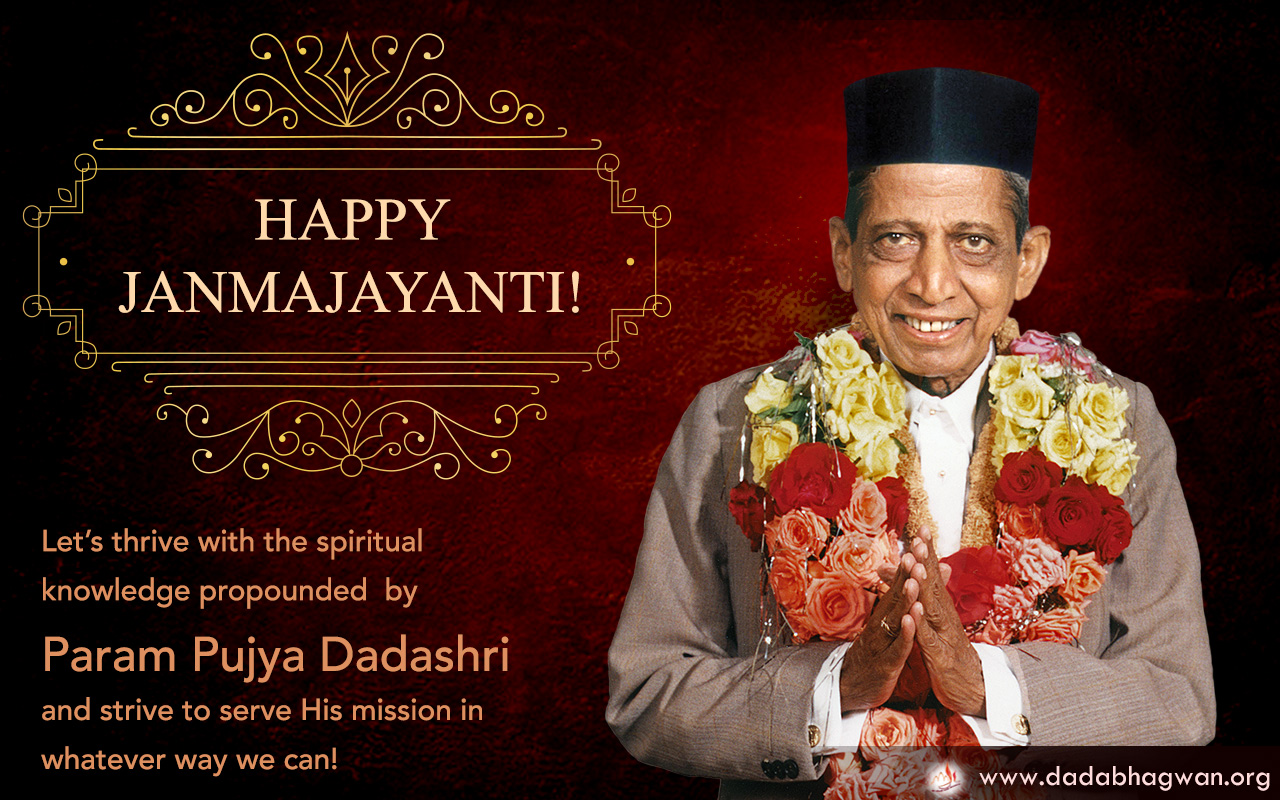 One hundred and twelve years have passed since the birth of a phenomenal personality, Ambalal Mulji bhai Patel, also known as Param Pujya Dada Bhagwan; and yet His grace and supremacy continues to rise like never before.

A very special place has been carved in the hearts of people who have come to know of Him, or have been simply touched by His grace through Akram Vignan, the step less path to Self-Realization. It took only an hour for this science to manifest within Him, where it brought Him final answers to all the questions in this world and a new path of liberation, Akram Vignan, perfectly suitable to the current time cycle opened up.

Did all this happen in just an hour?

Well, although it might seem so externally, it was actually the result of His spiritual quest of past several lifetimes. He exhibited extraordinary qualities since childhood. When kids of His age were busy playing and studying, young Ambalal was pursuing His journey of finding the ‘truth’ through the everyday life situations.

For instance, He discovered God from one of His mathematics assignment at school. It so happened that as the teacher was trying to explain the meaning of LCM (lowest common multiple) to the students, Ambalal remarked that if we consider all these living beings around us as numbers, there exists a common indivisible factor in each of them. This common factor is God! God is in every living being, whether visible or invisible. Now definitely this isn’t what any ordinary child would be able to comprehend at that age.

This incident is just one of the many examples of the astonishing qualities He possessed right from the beginning. Be it His family life or domestic life, He demonstrated His immense spiritual wisdom in all the matters and viewed the worldly life in a very different light.

After Self-realization, it did not take long for those close to Him to notice that He had been uniquely transformed in some special way. They endearingly began to address Him as 'Dadashri' and very soon it was 'Dada Bhagwan'. He could not bear when he saw people suffering. It was His ardent desire that, “May the world attain the Happiness that I have attained.”

With this mission at hand, He travelled extensively to impart this ‘real’ knowledge that He had attained, to everyone He met. Even today, millions of people around the globe continue to be benefitted by this simple yet profound knowledge which would have been hard to attain otherwise.

On this occasion of His 112th birth anniversary, let us strive to live by His knowledge and become a part of His mission of spreading happiness and directing people onto the path of salvation.