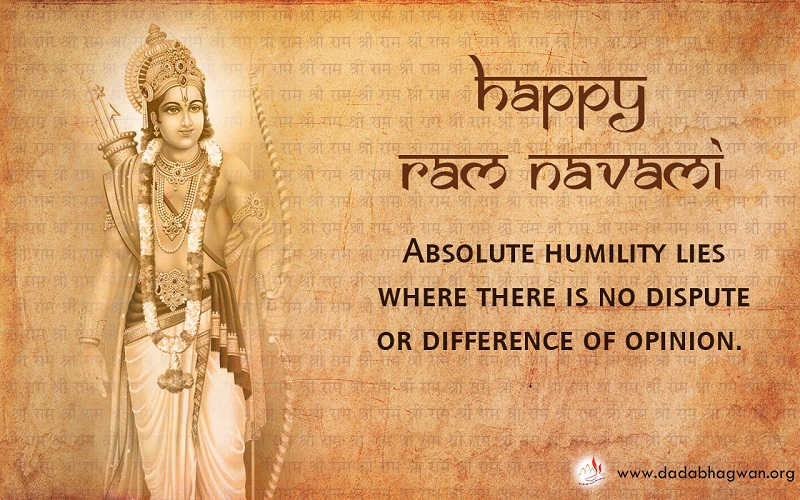 Ram Navami is a celebration, which gives us the opportunity to show our devotion and reverence for Lord Rama. To a devotee, Lord Rama is not simply a great person, but God Himself.

Param Pujya Dadashri states, “What is absolute humility (param vinaya)? It is on the one who has not disrespected anyone in the slightest! Absolute humility lies where there is no dispute, no difference of opinion or any law. Law is bondage.” Similar was the character of Lord Rama. He was a man of great principles.

Not only did Lord Ram have to face countless tests and obstacles during His life, He also accepted a 14-year long exile in order to save His father’s honour. Remaining true and sincere to His word He chose to stay in exile for 14 years even after His brother King Bharat came to free Him from His exile and make Him King.

Doubts such as, ‘Why?’, ‘What about me?’, "What difficulties will I come across during my exile?" or "How will I manage without the pleasures of the palace life?” never crossed Lord Ram’s mind. He did not let anything count more than His sincerity towards His parents, even during the time when he had the chance to walk away from exile. He was a living example of sincerity and His example is something that generations to come, can learn from.