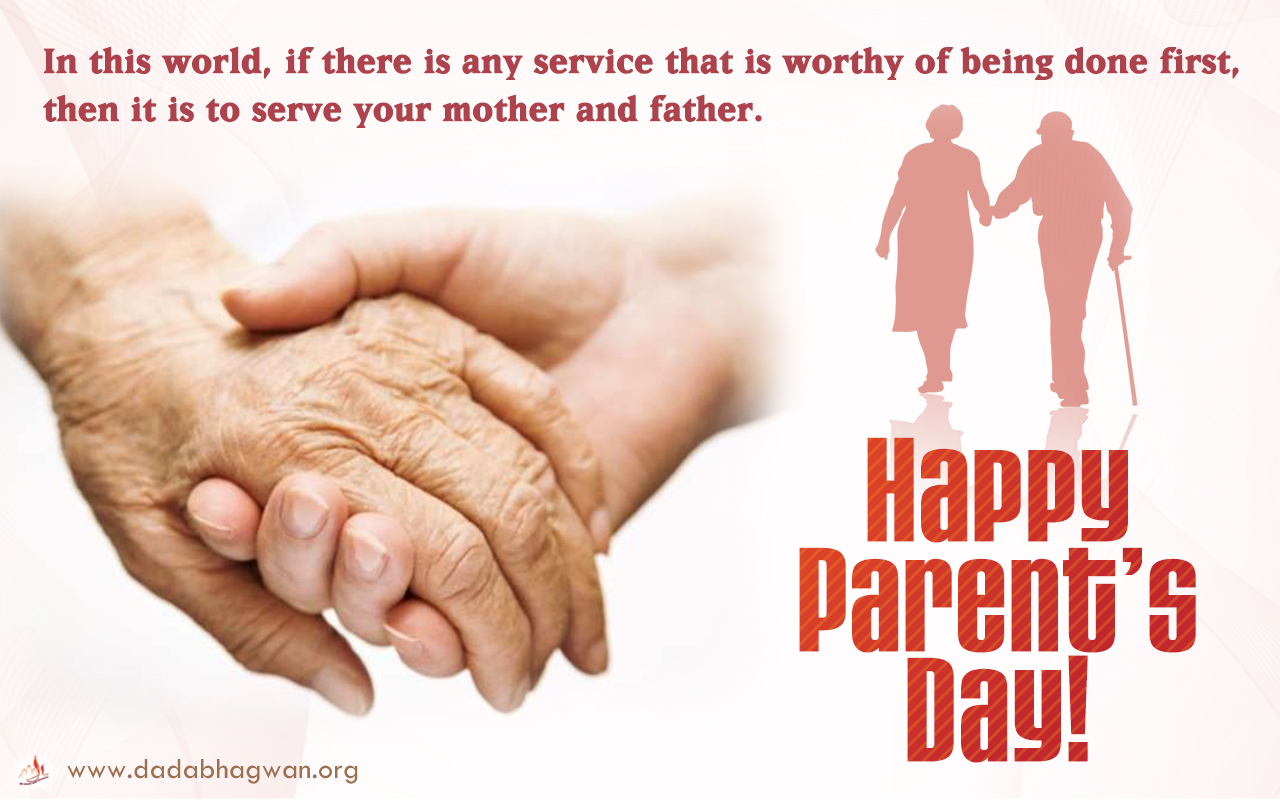 Parent’s Day is a day that commemorates the special bond of love between parents and their children. It celebrates and recognizes the important role of responsible parenting in everyday family life. Parents play a vital role in the lives of their children. The hard work that parents put in, to shape the personality of their child, is remarkable.

In our Hindu culture, for centuries, the intent expressed in the phrase, ‘Maintain respect towards your mother and father by regarding them as celestial Gods,’ has been customarily passed down the generations.

What does the Lord say? “If you want to attain liberation then go to the Gnani Purush (Self-Realized One), and if you want happiness in worldly life, then serve your mother, father and guru.” It is possible to attain immense happiness by serving your mother and father!””

Serving one’s mother and father is so important that even the Vitaraag Lords (absolutely detached Lords) and many saints served their mothers and fathers, up until the end.

By serving our parents, we bind the greatest merit karma, and with that, things will turn out to be good for us. In this world, three people have obliged us the most – our mother, father and our Guru. So let us resolve that we shall never forget their favor!