In 1987, Param Pujya Dadashri told Pujya Niruma, “Niruben, you have to become the mother of the whole world.”

Since then Pujya Niruma strived to realize Dada’s words and lived by Dadashri’s definition of pure love - which neither increases nor decreases, but is always constant. Where there is pure love He says, there is no weakness, there are no expectations and one does not see faults in others. In so doing, She was able to become the mother of the whole world. 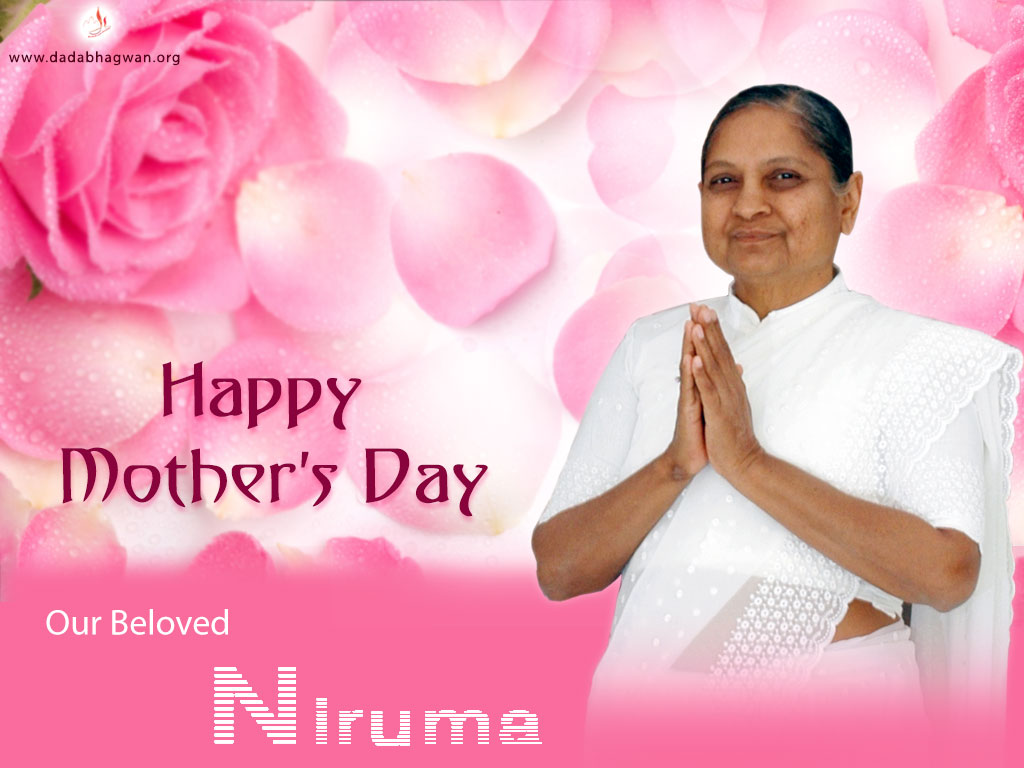 The second incident occurred in Baroda, where Pujya Niruma’s satsang had been organized. After setting up the cameras, the camera man who setup the cameras became busy with other work. Just then, the big camera which faces Pujya Niruma, fell down after being pushed by a small boy. The entire video team was upset and scared because the camera happened to be very expensive. They immediately switched the camera with a smaller one. Upon Pujya Niruma’s arrival into the hall, she instantly noticed that a different camera was being used for recording. When Pujya Niruma was told that the bigger camera had been broken, instead of scolding the camera man like he had expected, Pujya Niruma immediately sent a message saying that they would all have an ice cream party later on. Hearing this he became totally relaxed and his facial expression changed. Later that night there was an ice cream party and Pujya Niruma also had some! On experiencing Pujya Niruma’s calmness and love from that day forward he started taking extra care of all the equipment to ensure that it did not get lost, broken.

In this way, in some way or another whoever met Pujya Niruma, even for the first time experienced Her selfless and Pure Love.

Pujya Niruma’s final message before She left Her mortal body was, “Live with Love.”

So this Mother’s Day, why don’t we try to be like Pujya Niruma and fulfill Her parting request?