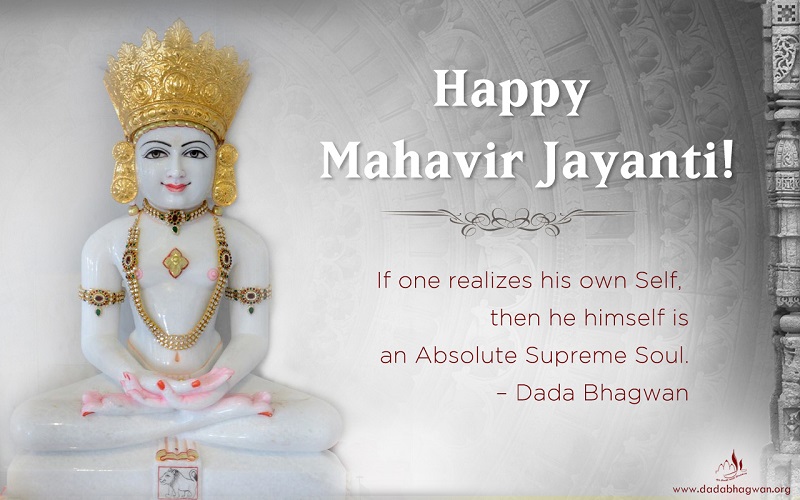 ‘Mahavir’ stands for- maha- great; vir- hero, which means ‘the Mighty One’.

Lord Mahavir was the 24th Tirthankar (The Absolutely Enlightened Lord who can liberate others) of this time cycle, who lived around 2500 years ago. His name does not relate to His physical strength, but it symbolizes His victory over inner enemies like anger-deceit-pride-greed-attachment-abhorrence. The Pure Soul within is truly Lord Mahavir.

Anyone who attains Self Realization, and realizes his ‘true’ self can overcome his inner enemies and eventually become like Lord Mahavir. Param Pujya Dada Bhagwan says that, “If one realizes his own Self, then he himself is an Absolute Supreme Soul.”

Our life is the result of our past life karmas, which have to be resolved with equanimity. Lord Mahavir spent His entire life based on this understanding that all the circumstances before Him were based on the unfolding of His own karmas. Thus, as a result of Self Realization, He regarded the people who pierced nails into his ears, as being without fault.

Let us join our hands and remember Lord Mahavir and ask for strength that, May we also attain the knowledge of the Self like Him and experience our ‘true’ nature of ‘eternal bliss’.