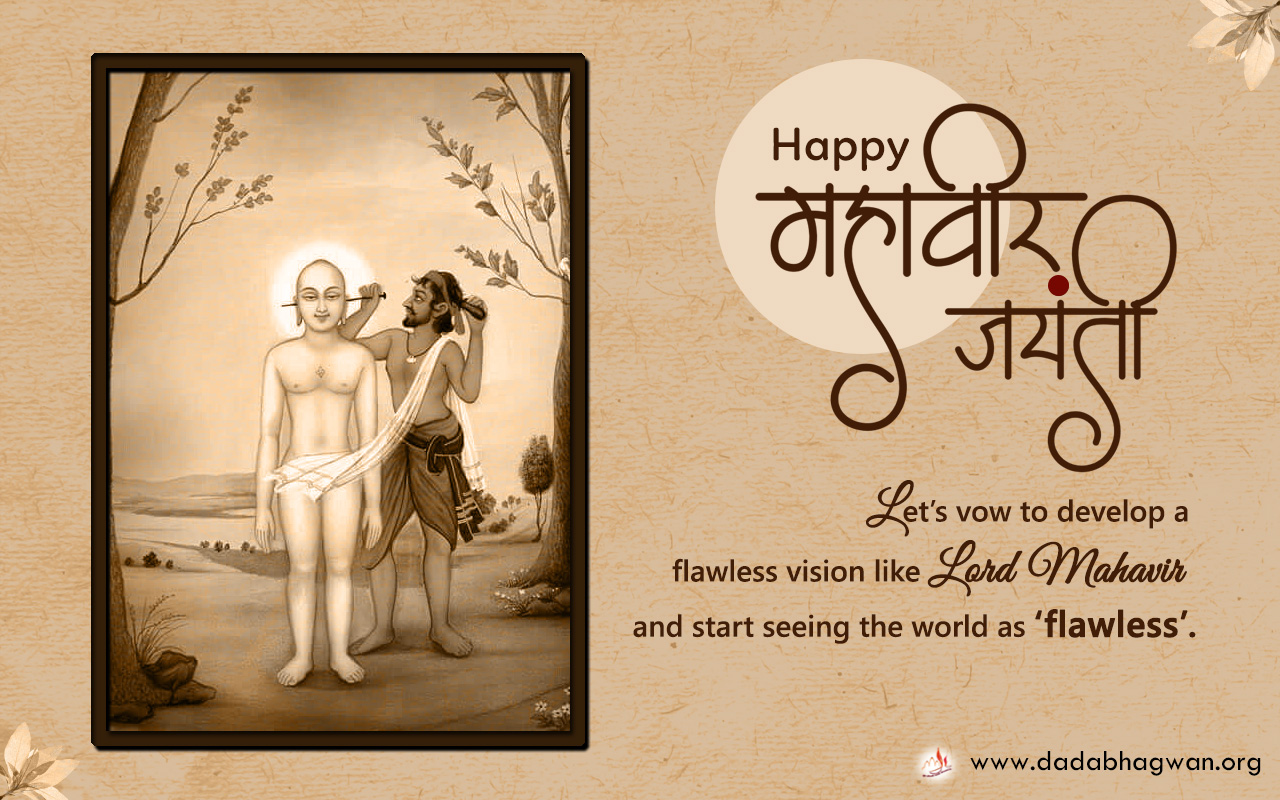 What are our common reactions when –

Common reactions would be –

Such emotions are common to all. But rare are those beings who have risen above it all and won over enmity with love, insult with forgiveness, hatred with flawless vision …And that is why they come to be known as ‘Mahavir’ today. Mahavir means the Powerful One! Powerful, not in terms of strength or valor, but the One who has won over his inner enemies like anger, pride, deceit and greed.

Every year, millions of people around the globe celebrate the birth anniversary of Lord Mahavir as ‘Mahavir Jayanti’. Lord Mahavir was born in 599 B.C. in Vaishali, in present day Bihar. At the age of 30, He left His family, the royal household and the worldly possessions and became a monk. Lord Mahavir spent the next twelve and a half years pursuing a life of hard penance to drive away His basic attachments. He strictly followed the principle of ahimsa (non-violence). He endured all the physical hardships of His ascetic life peacefully.

One of the biggest teachings of Lord Mahavir was ‘seeing the world as flawless’. Lord Mahavir had said, “The entire world is flawless, and whatever mistakes there were, they were my own, and they have been discovered.” Param Pujya Dadashri elaborates, “When is a person considered to be at fault? It is when the pure Soul of the person is making the mistake. However, it (pure Soul) cannot do anything.”

We quickly tend to see faults of others when things don’t go as per our will and this is the biggest reason of binding karmas and being unhappy in life. It is possible to attain the Lord Mahavir-like flawless vision only after attaining ‘Self Realization (Gnan)’. After Self-Realization, one resolves to not see the slightest of fault in others. Therefore, Param Pujya Dadashri’s Gnanvidhi is the starting point to see people as flawless.

On this day of Mahavir Jayanti, let’s strive to attain Self-Realization and practice ‘flawless vision’, and thus progress ahead on the spiritual path.