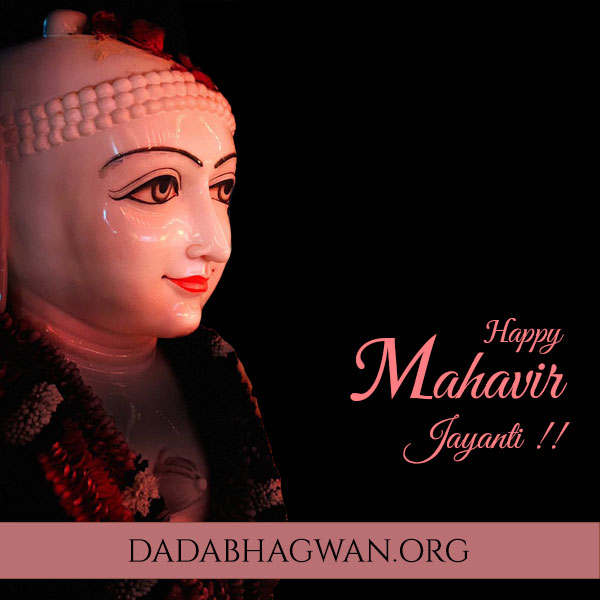 Mahavir meaning the One with Supreme Courage!

His fearlessness, his courage and the right understanding with which he faced every suffering that came His way on the path of attaining Omniscience, got him the name ‘Mahavir’. Even after over 2500 years of his Nirvana, being the last Tirthankara of this era, his reign prevails and people worship him with utmost faith and devotion.

No other Tirthankara had to go through such severe suffering as he had to. Yet, while going through every result of his karmic debts, he never saw others at fault nor did he react. Rather, he always helped and blessed those who came to cause harm to him.

How did he do this? And why? Let’s understand.

Lord Mahavir, blessed with three higher forms of Knowledge by birth, and being extremely privileged in terms of every worldly and spiritual matter, had to go through such incredible amount of suffering owing to his past karma. However, he finished all his karma by remaining in equanimity and exhibiting unmatched stability so that he could attain ultimate liberation (moksha). He always saw the one inflicting pain on him as faultless, for he very well knew and was fully aware that it was solely his own karma, and no one else, who was responsible for the suffering that came to him.

Now, as compared to Lord Mahavir, our suffering is nothing! And whatever we are having to bear is mostly due to our lack of understanding. While going through any suffering or unhappiness, especially when in big magnitude, we often get depressed and disheartened, isn’t it?

Here, Param Pujya Dada Bhagwan suggests, “The world is not meant for suffering; it is meant for enjoying.” In this world, whatever and whoever we meet in life – the different people, circumstances, situations, etc. – come as a consequence of our past karma. That’s the reason why we see some people smiling while others are suffering.

Another general feeling that accompanies is that of blaming the other person(s) for one’s suffering. Param Pujya Dadashri says, “No one in this world is capable of doing anything. Whatever accounts one has already created will bind him. If it is not in your karma, then no one in this world can touch you.”

Further, Dadashri explains how the person who we can see inflicting suffering is merely a nimit, or in other words ‘instrumental’ in bringing the result of karma to you. The main cause lies within us!  Therefore, Param Pujya Dadashri strongly suggests, “Give what you would want to receive.” That is the basic principle of karma. If we give happiness, it is happiness that we receive. But if we give suffering, it is bound to return and come back to us in multiple!

If we work with the right understanding that ‘suffering is due to my karma only; and I want to finish this karma here and now’, then the effect of suffering will discharge and soon exhaust; and while this happens, we will not sow the seeds of new karma. By adopting such understanding, we too can ensure that all the effects in our life are experienced equanimously without seeing anyone guilty for it, and ultimately, ultimate liberation is attained.

So come, on this auspicious day, like Lord Mahavir, let us also determine to face every suffering in our life with the right understanding of finishing our karma without seeing others at fault.