On the auspicious occasion of Maha Shivratri seekers never forget to chant ‘Shivoham, Shivoham’ meaning I am Shiva, I am Shiva - there is no distinction between Shiva and my true Self. But what is the true meaning of Shiva?

Param Pujya Dadashri explains, “Due to wrong belief, [one] became jiva - that which lives and dies. One is a Shiva, but illusion has arisen; wrong belief has set in. It does not take long for jiva to become Shiva. When a Gnani Purush fractures the wrong belief and replaces it with the right belief, one becomes the Self again, one becomes Shiva.”

To find out when the next Self Realization Ceremony is, in an area near you, visit: http://www.dadabhagwan.org/schedule/satsang-q-a-session/ 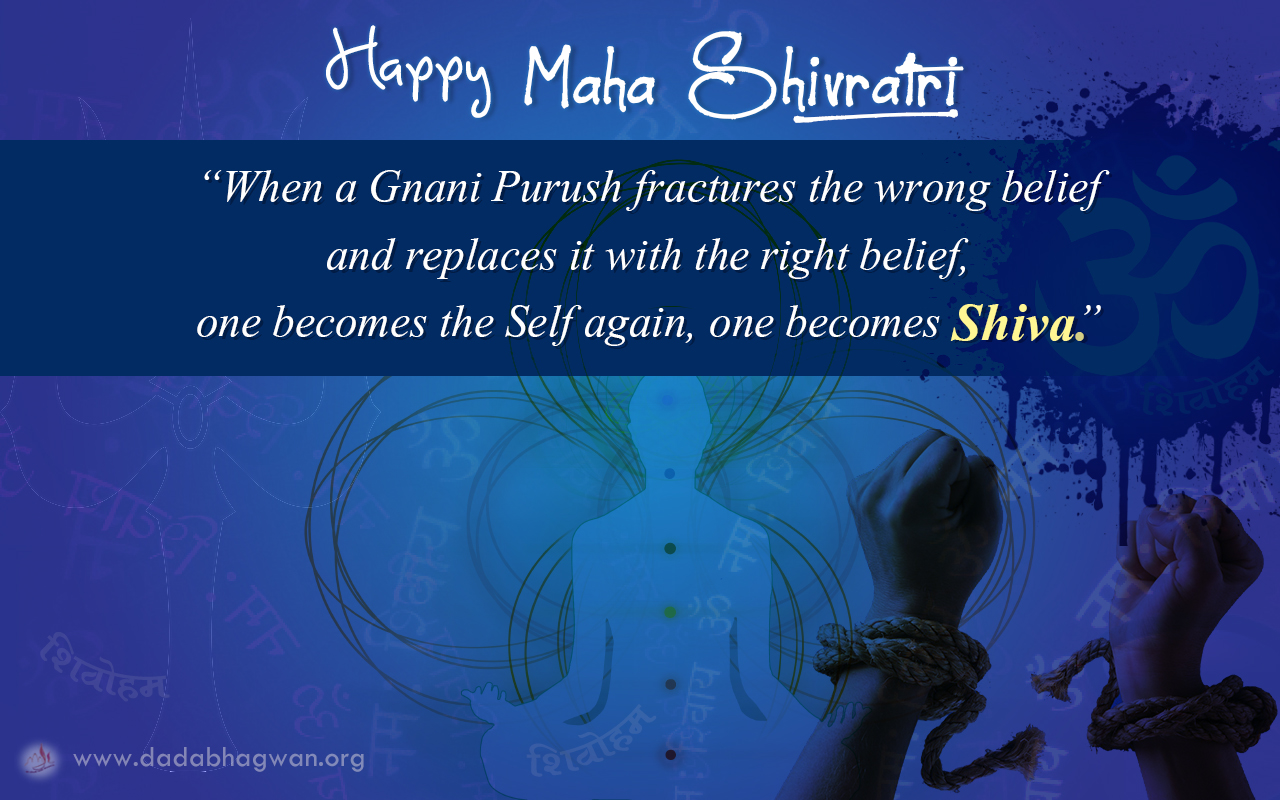