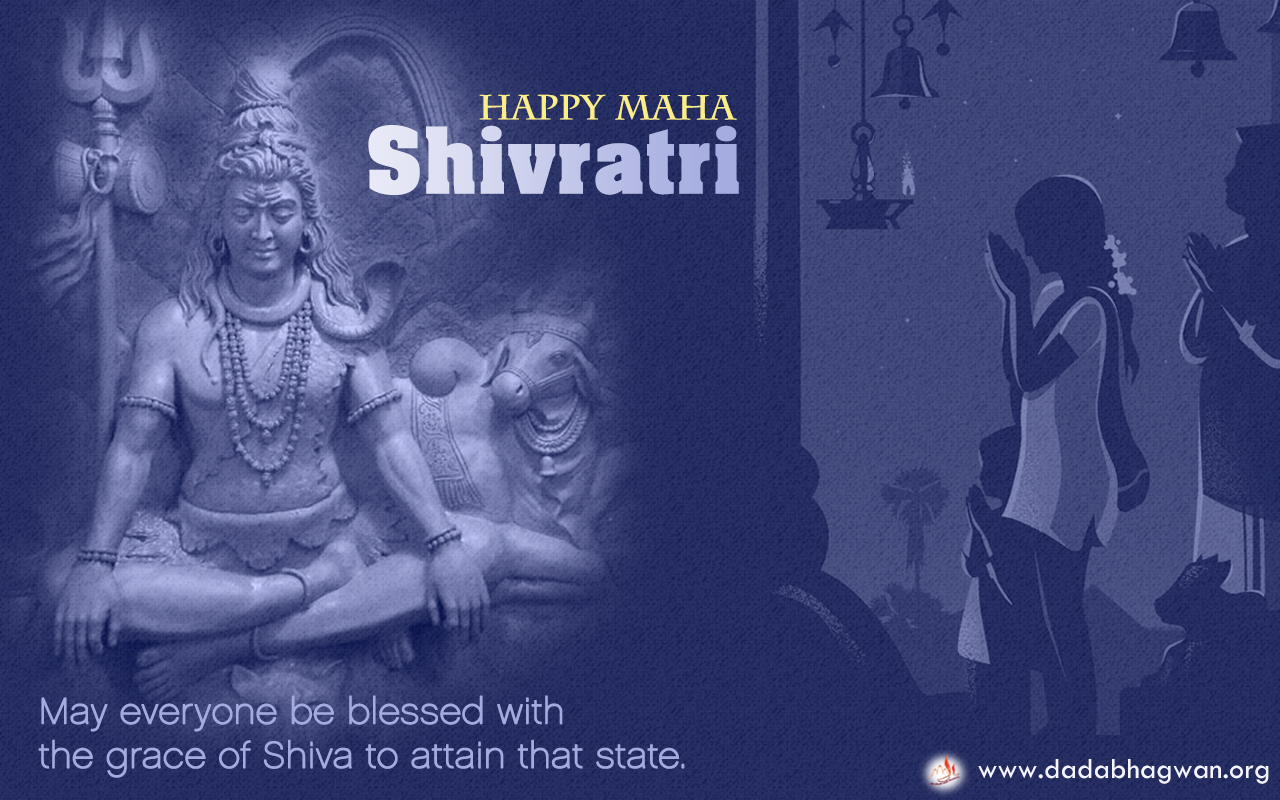 India is a land of festivals. Every region and every culture has their own festivals to celebrate different occasions. Be it the change of weather (Baisakhi etc) or celebrating victory of good over evil (Diwali, Dashera etc) or something with some health related significance (Makarsankranti etc) or other for other situations in life like sowing, planting, and harvesting. Amongst all these festivals, Mahashivratri, that occurs in February-March is of the most spiritual significance. Lord Shiva is known as an ‘Epithet of Enlightened internal state’.

Firstly, let’s read about some interesting facts about Lord Shiva.

Param Pujya Dada Bhagwan says that, anyone can become a “Shiva” if he realizes his real Self (the Soul, the Atma).

Once a seeker asked Param Pujya Dada Bhagwan, “If Atma (the Self) was a Shiva, how did it become a jiva?”

Param Pujya Dada Bhagwan replied, “Due to wrong belief, it became jiva - that which lives and dies. One is a Shiva, but illusion has arisen; wrong belief has set in. It does not take long for jiva to become Shiva. When a Gnani Purush fractures the wrong belief and replaces it with the right belief, one becomes the Self again, one becomes Shiva.”

So you see it’s easy to progress from the state of “jiva” (identifying oneself as the relative self) to “Shiva”.

Furthermore, Param Pujya Dada Bhagwan also guides us on the right way of worshipping the Lord at the temple to get the maximum benefit of the worship.

He says, go to the temple of the Lord and say, "Dear Lord, You reside within me, but because I have not yet become acquainted with You, I am doing Your darshan here. The Gnani Purush, Dada Bhagwan has taught me this method and I am doing Your darshan according to his instructions. Please bestow Your grace upon me so that I may realize my true Self."

Isn’t it interesting to know that even we can attain the state of Shiva if we realize our own Self!

On this day of Maha Shivratri, let’s pledge to attain our real Self and transit from ‘jiva’ to ‘Shiva’.