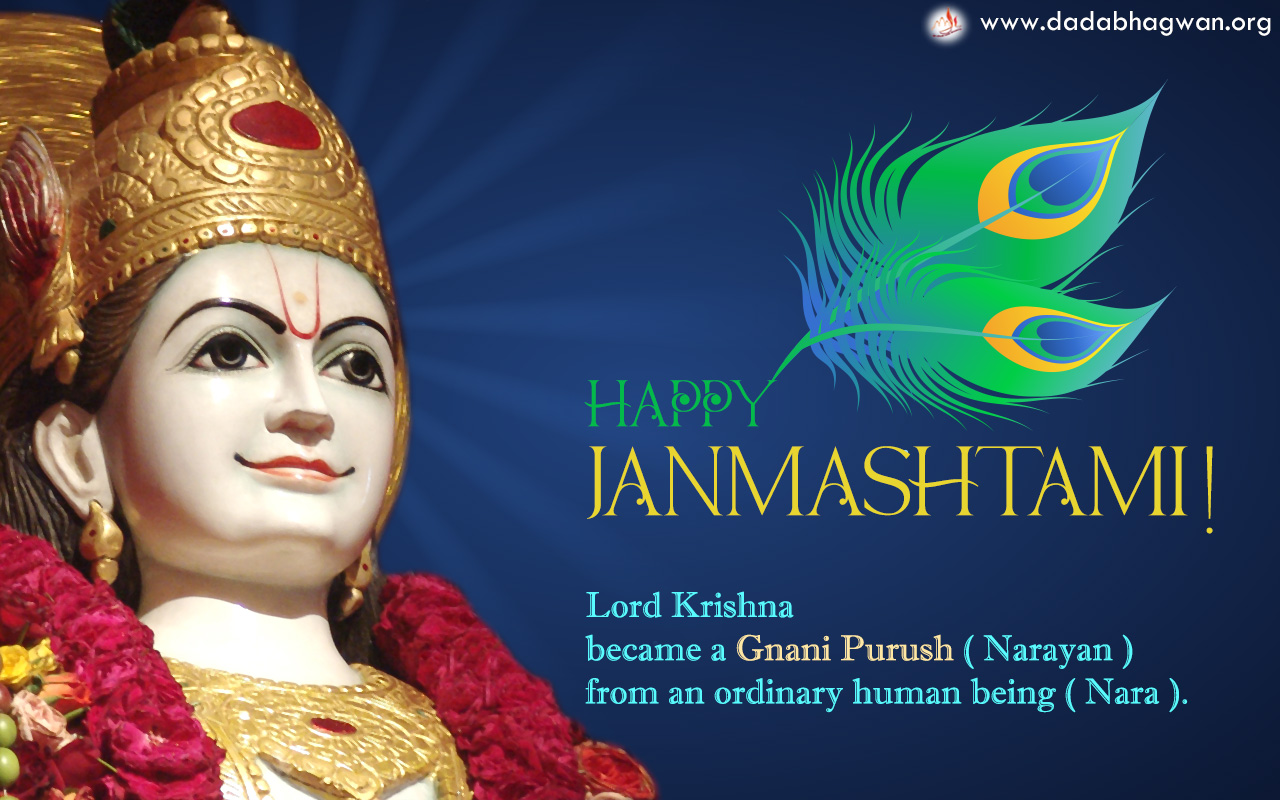 What do these lines remind you of?

Yes! It’s celebration time! It’s time to gear up to celebrate the birth of our favourite Kanhaiya, who’s also known as Krishna, Yogeshwar, Govinda, Keshava etc. So let’s all get together and welcome Janmashtami 2021!!!

We’ve all grown up hearing tales of Lord Krishna and His leelas. Lord Krishna is the most loved and enigmatic character in Indian mythology. Revealing His true identity, Param Pujya Dada Bhagwan, the Enlightened One says, “Lord Krishna was a Gnani. He became enlightened; He became a Gnani Purush (Narayan) from an ordinary human being (nara).”

What is the theme of Bhagavad Gita?

Thousands of philosophers and spiritual Gurus have analysed and explained the Geeta in their own different ways. Let us ponder over a few points from this holy scripture, as explained by Param Pujya Dada Bhagwan –

Naturally the question arises, Who is this ‘I’?

Param Pujya Dada Bhagwan explains, “That ‘I’ refers to the real Self. It is a principle that when there is an increase of demerit karmas on Earth, a Great Being will take birth. In this way, in every Yuga (time cycle), a Great Being is born.”

He further says that, Lord Krishna was a manifested God living in continuous awareness and an exalted Self-realized stage.

“The Lord does not act, nor does He induce anyone to act; nor does He give the fruits of action. All this happens naturally.”

In the above-mentioned points from Bhagavad Gita lies the answer to the important questions of ‘Who am I?’ and ‘Who runs the world?’ Knowing the right answers to these questions helps solve all our puzzles in life and puts an end to the feelings of distress, worries, vengeance etc that may be within.

On this auspicious day of Janmashtami, let us all strive to understand Lord Krishna and the revered Bhagavad Gita, in their real form.