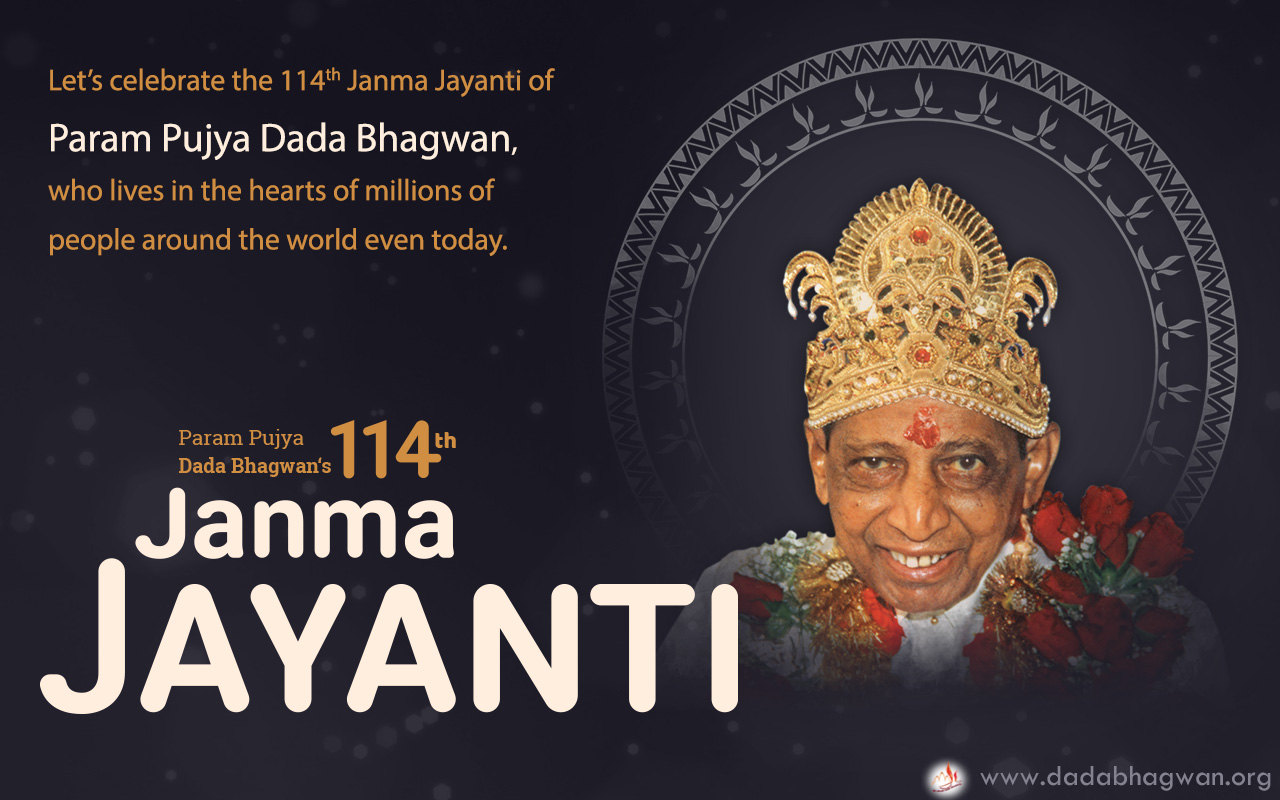 Although He was born 114 years ago, He continues to live in the hearts of millions of people around the world even today. Thousands of people were fortunate to have met Him personally while the others know Him through the science of Akram Vignan propounded by Him.

Param Pujya Dadashri possessed a special quality of analyzing things around Him and drawing a meaningful conclusion from what He observed or experienced, which eventually led to the unravelling of this fantastic spiritual science within Him.

Param Pujya Dada Bhagwan was born on the 14th day of the bright half of the month of Kartik as per the Hindu calendar in Tarsali village in Vadodara district. He was a contractor by profession but was always spiritually inclined. At the age of 50, in June 1958, Akram Vignan naturally manifested within Him, when He attained Self-Realization, while waiting for His train on the Surat railway station. Thereupon His Soul was awakened!

Janma Jayanti i.e. His birthday is considered as one of the most auspicious days, as on His Janma Jayanti, we do darshan of the Dada Bhagwan (the Absolute Soul), manifested within Him.

Param Pujya Dadashri used to say, “I'm not Dada Bhagwan, I am A.M. Patel, the One who is awakened within me is Dada Bhagwan.”

Thus, Mahatmas seek blessings of this Dada Bhagwan on the very special day of Janma Jayanti and ask for strength to come out of their weaknesses and overcome all the obstacles that are obstructing their progress on the spiritual path. We often pray to the Lord on our birthdays, but here, we are fortunate enough to be celebrating the Lord's birthday and get blessed with immense glory.

So come, let us all together celebrate this occasion of Param Pujya Dada Bhagwan’s 114th birth anniversary by making a firm determination to live by His given knowledge and break-free from all the bondages of anger, greed, pride and lust.