What does Independence Day, August 15, have to do with me? 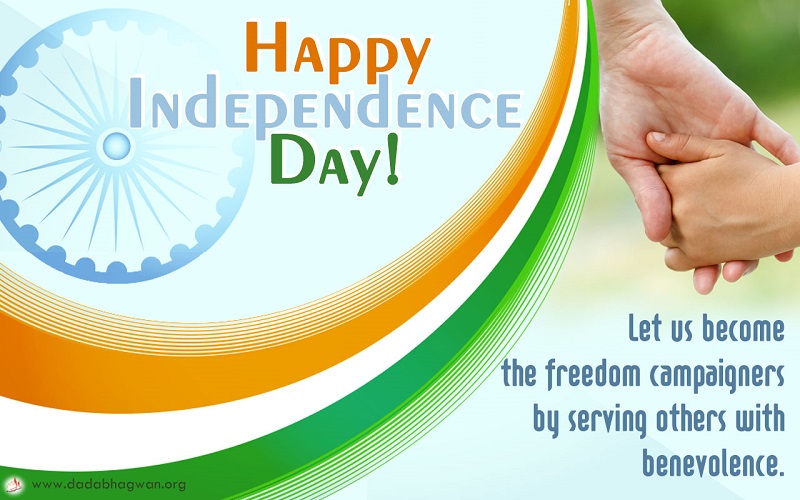 Independence Day is one of the most significant national festivals of India, for it was on that day, 70 years ago, that India became an independent republic.

On this day, every year, the entire country salutes the sacrifices and struggles made by countless freedom campaigners who sacrificed their lives, so that millions of Indians could lead better, freer lives in the future. What is worth noting is that they had a broad vision, where they saw a brighter future for India, even though they knew they might have to sacrifice their own lives. This was all so that we could live the life that they had envisioned for us. They had a purposeful life, didn’t they?

By following Param Pujya Dada Bhagwan’s highest statement, which says that, “Life is meant for practicing benevolence and serving others.” Making this the aim of life and praying to Dadashri to bring salvation to the world, where every living being attains knowledge of the Self.