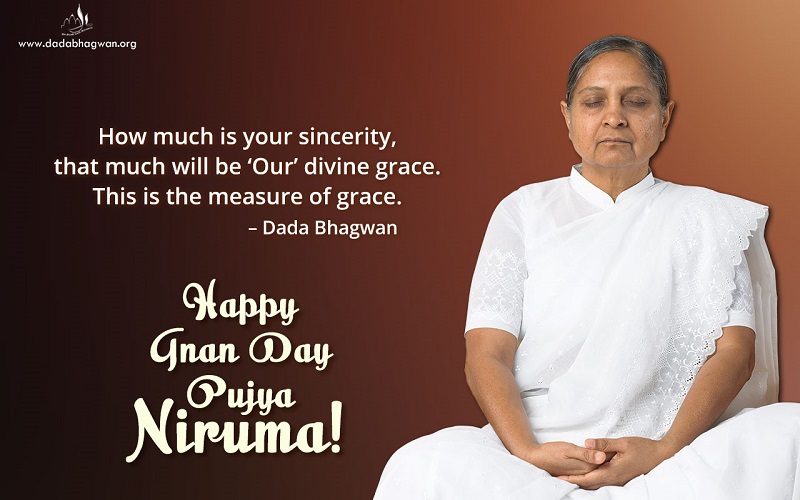 Pujya Niruma is the embodiment of infinite love, and an icon of complete surrender.

During the 20 years while Pujya Niruma stayed in Param Pujya Dadashri’s service, He molded her step-by-step in various ways removing the impurities within her. While she was being molded, Pujya Niruma remained sincere and in total surrender to the Gnani Purush at all times. Such was Pujya Niruma’s surrender, that if Param Pujya Dadashri pointed out her mistake, she never repeated it again. As a result of which, she received tremendous blessings of the Gnani and became an unmatched instrument of the salvation of the world.

Param Pujya Dadashri says, “How much is your sincerity, that much will be ‘Our’ divine grace (krupa). This is the measure of grace.” If we want to receive the grace of the Gnani, we should remain sincere in all aspects of our life. This will enable us to achieve anything in life.