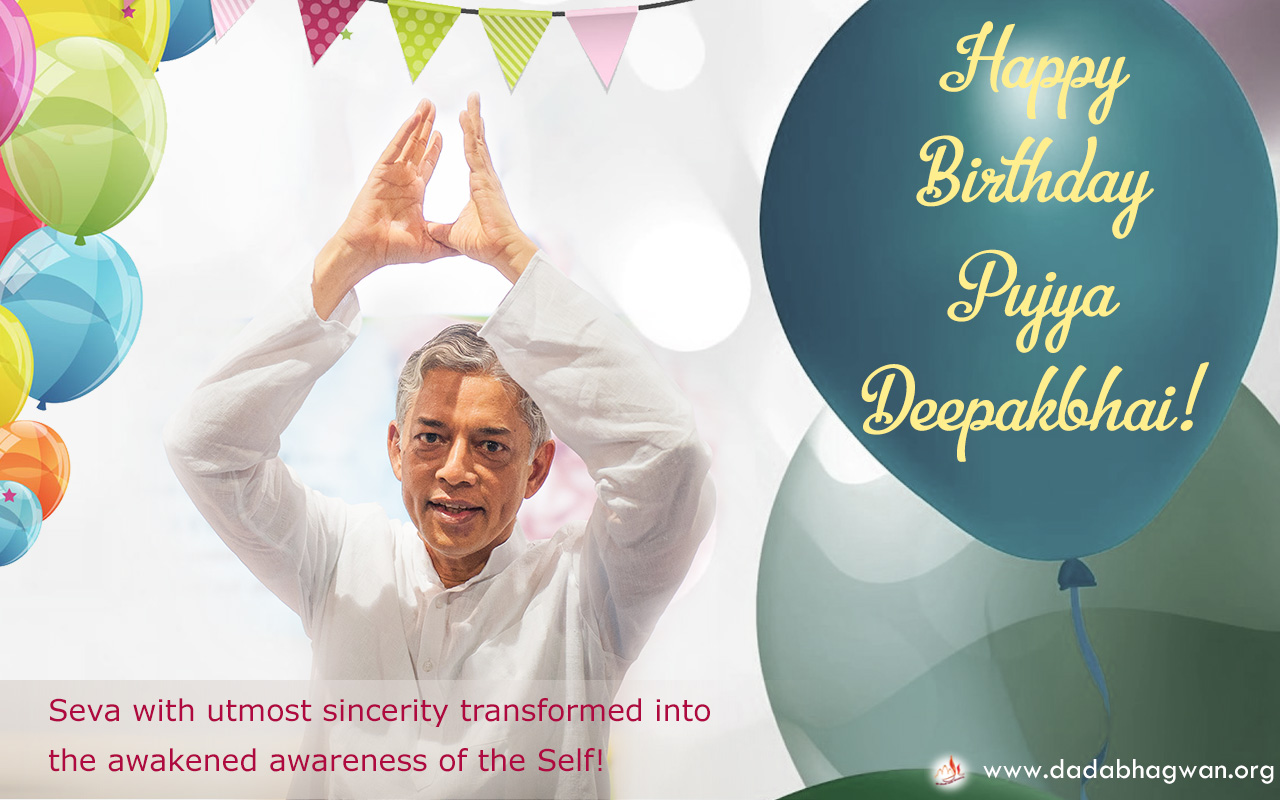 9th May will mark our beloved Pujya Deepakbhai’s birthday. On such a significant day let it serve as an appreciative reminder to all the mahatmas throughout the world of his dedicated, unstinting, ‘selfless service’ (seva) over the last forty-two years.

Consistently, throughout these years, Pujya Deepakbhai has performed all the seva which was assigned to him (and much more) with the highest level of sincerity, purity, nobility, humanity and commitment. He has done so without any partiality towards any particular type of seva and applied the same remarkable standards for all the types of sevas he was involved in.

His equanimity and absolute dedication was manifest even in the seva that Pujyashree was involved in the initial small tasks assigned to him. These included:

The results of his selfless service and sincerity can be seen today. All the seva Pujya Deepakbhai did was behind the curtains i.e. not in the public eye, and as a result, nature placed him in front of everyone.

This is a very short outline of Pujya Deepakbhai’s accomplishments of seva to date and his unstinting dedication to help the salvation of the world.

Let us ALL, as mahatmas, take one step forward by participating in Param Pujya Dada Bhagwan’s 111th Janma Jayanti seva and be an instrumental in the Param Pujya Dadashri’s mission for the salvation of the world. Let us ALL unite in our inner intent, by making Pujya Deepakbhai’s seva message into a reality. Just like Pujya Deepakbhai, we too can make tremendous advancement in the knowledge of the Self (Gnan) through seva, which can be free from kashays by applying the Five Agnas and remaining in Gnan.

Let this be a reminder to inspire us, Mahatmas, to elevate our conduct ourselves. Let us all try to attain the very highest level of seva that Pujya Deepakbhai has performed remarkably over the past 42 years.

“The mind, speech and body will do the seva and We will remain in the Five Agnas and in the knowledge of the Self (Gnan). We will do seva without kashays and apply the Five Agnas and remain in the awareness. Before everything was in the form of theory and now it will be practical - the awareness and Five Agnas with seva free of kashay. Seva without anger, pride, greed and deceit goes towards the side of liberation (moksha).”