May 9th, marks the 63rd Birthday of our Dearest Pujya Deepakbhai.

One cannot fathom what exactly paved the way for Pujya Deepakbhai’s own spiritual progress, but by observing one of His awe-inspiring qualities - utmost humility towards everyone whether young or old, employer or employee, one is motivated to reach the level of spiritual awareness that Pujyashree has reached today. 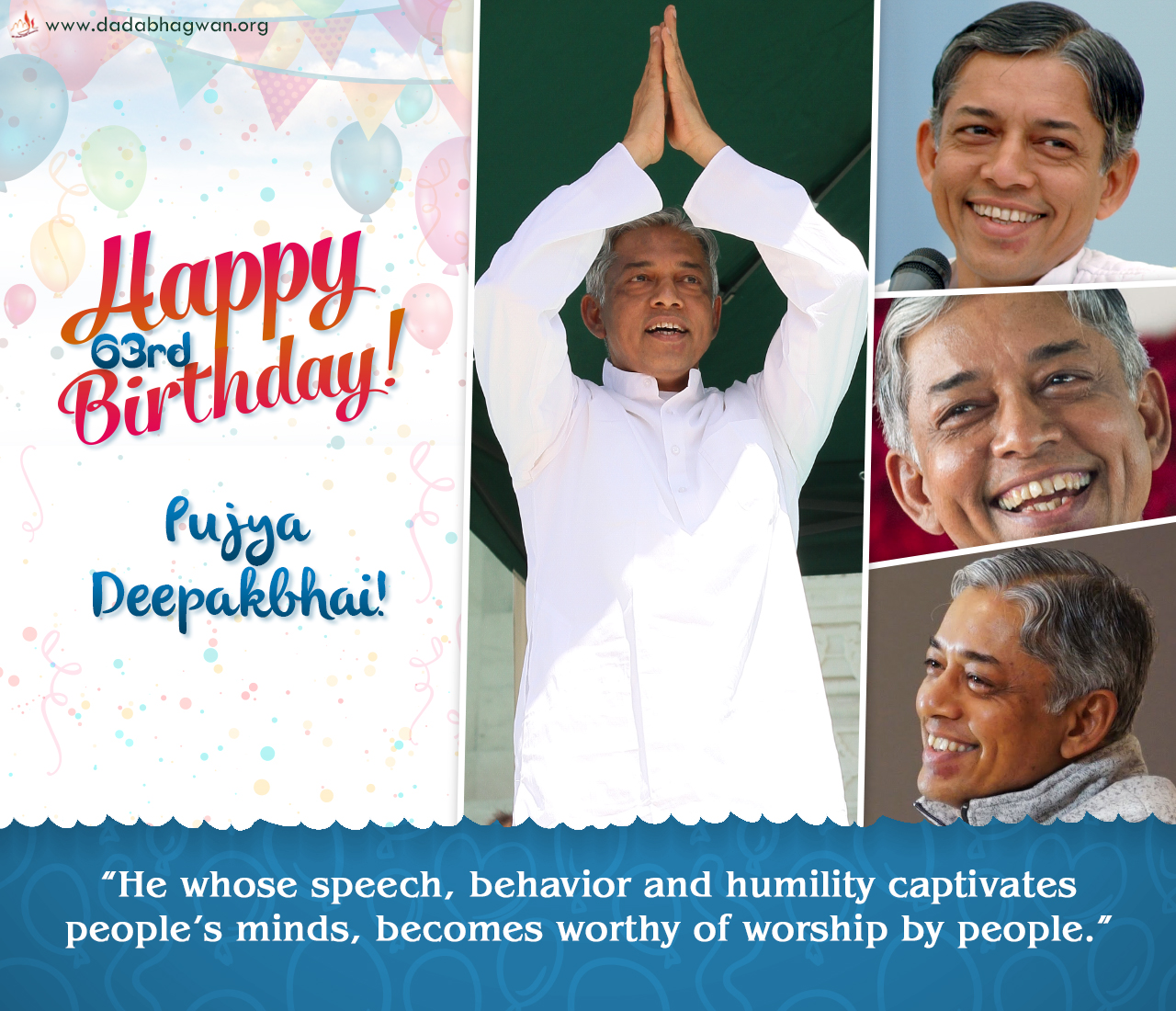 Once during a spiritual discourse with thousands of listeners, a questioner asked Pujya Deepakbhai, how come He did not bow down to Lord Krishna and Lord Shiva the same way that He bowed down to Shree Simandhar Swami and Dada Bhagwan. The questioner further added that Lord Krishna and Lord Shiva followers felt as though their Gods were not respected the same way as the other Gods. To this Pujya Deepakbhai heartily apologized, and said that He was sorry, and He thanked the questioner for bringing this to His attention. He added that He would make an immediate change.

For a Spiritual Master who is world acclaimed - it is not easy to apologize in front of a large audience but for Pujya Deepakbhai it was an easy feat, because of His utmost humility. His this very quality is seen in all aspects of His life and that is why in the Real, Pujya Deepakbhai has been able to reach such great heights of spiritual awareness!