Pujyashree Deepakbhai is the present torch bearer, enlightening the entire world with Akram Science, as founded by Param Pujya Dada Bhagwan! Pujya Niruma moulded Him for the cause; and thereafter assigned Him this service for salvation of the world, which is being accomplished day in and day out, with unfailing sincerity and utmost humility. One, among His many prominent qualities that have helped Him scale to such great heights, both in the realm of Self as well as in the domain of service to the world, is His extraordinary humbleness.

“‘How do I become smaller (humbler)?’ maintaining this attitude, when one pulls down his ego to the lowest (humblest), the Knowledge of the Self shall blossom within him, tremendously! The tall ego (i.e. I am something, I am better, I know better, extra emphasis on the worldly ‘I’) always brings veils over Knowledge whereas the humblest ego unveils that Knowledge.” 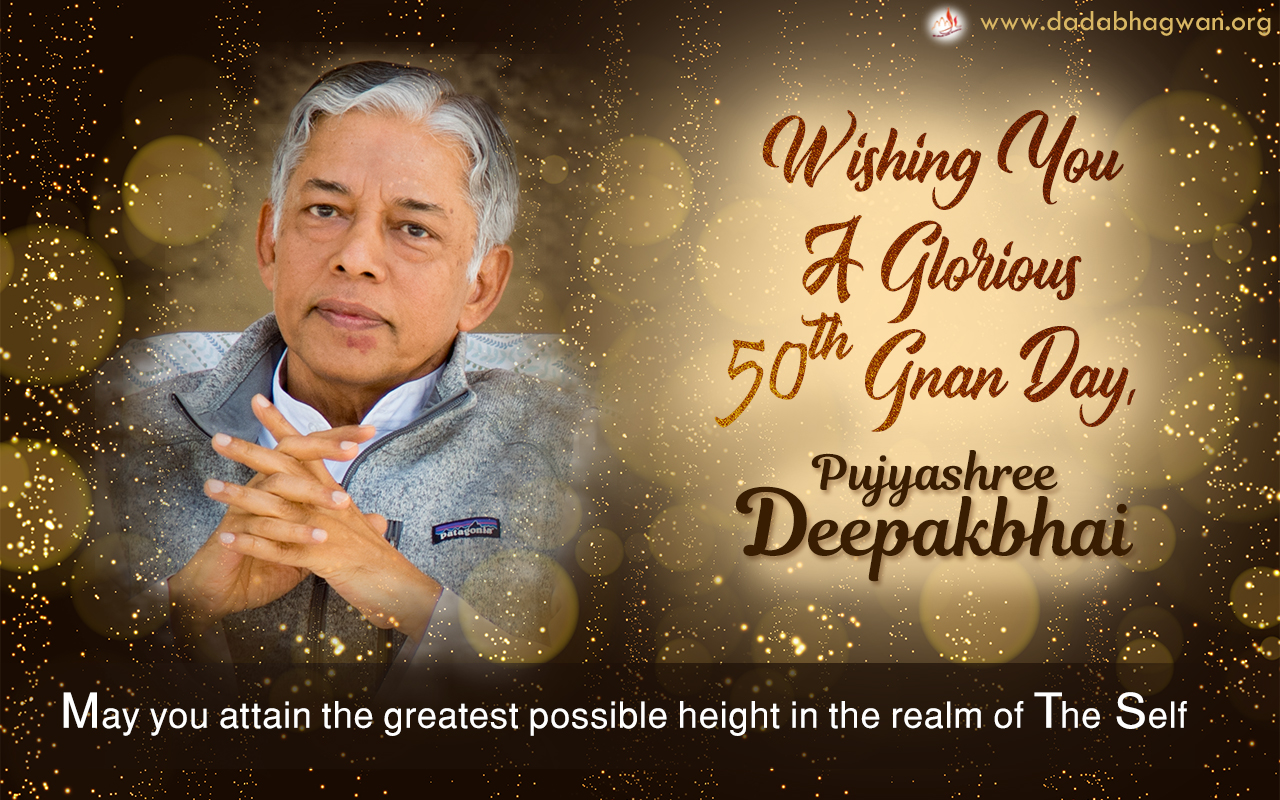 Here are few instances which go on to highlight, how humble He is

His inner intent was always to be of some help to people who rendered direct service of Param Pujya Dadashri, so that they could remain free to contribute in a better manner for the cause of salvation of world.

This shows that by grounding his ego, Pujyashree Deepakbhai did not make any loss; on the contrary it helped the hidden jewel inside Him shine even brighter than before!

These examples teach us how we too can practice humbleness in our life by setting Pujyashree Deepakbhai in our eyes as the living example.

And on this special day, when Pujyashree Deepakbhai completes His glorious fifty years of Self-realization, come, let us all earnestly pray to God that, ‘May Pujyashree Deepakbhai attain the greatest possible height in the realm of Self and with His grace, may the whole world progress on the path of liberation!’