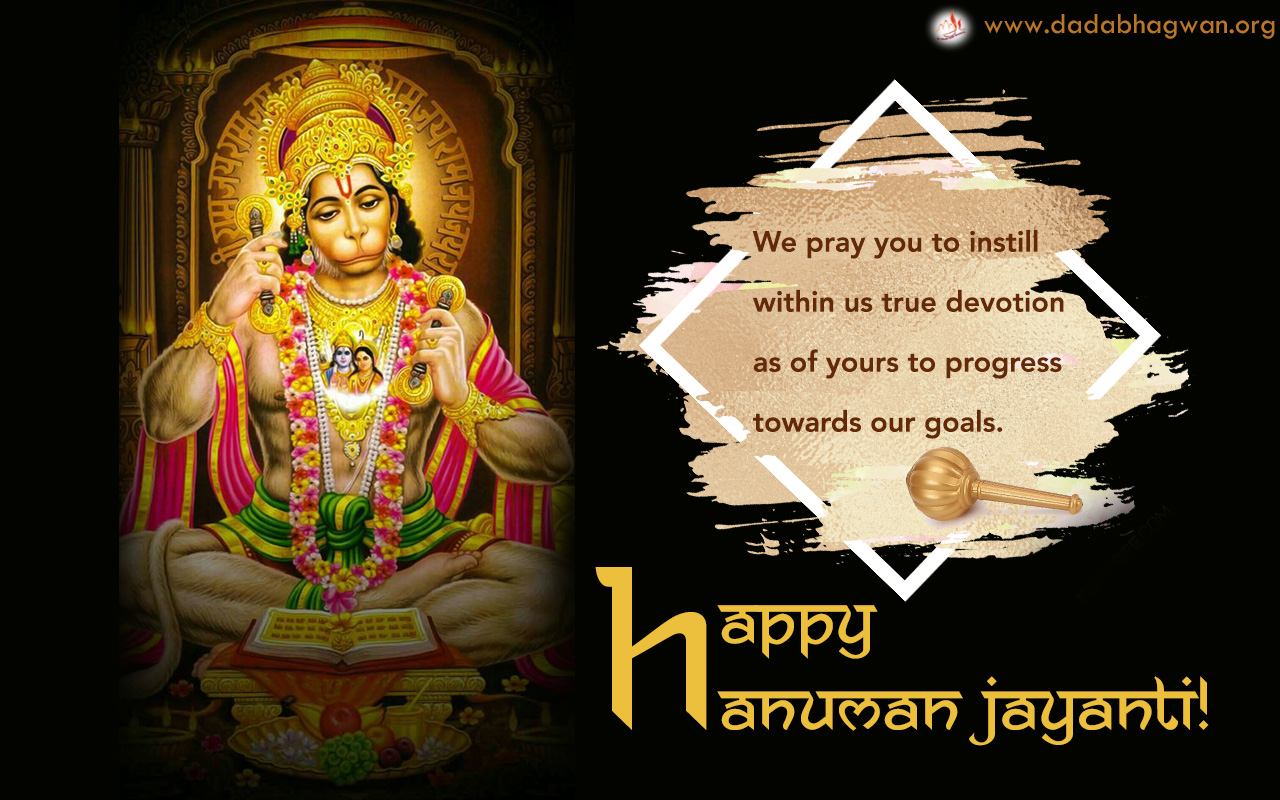 Scriptures of Ramayana has given us an Ideal symbol of Strength, devotion and celibacy in form of Lord Hanuman. Hanuman Jayanti is birthday of this celibate God. His devotion towards Lord Ram has not met any comparisons. His devotion includes in being best example of using his talents and capacities to the fullest in the Lord’s service. When Lord Ram’s wife, Sita was kidnapped by the demon king Ravana, He jumped, across thousands of miles of fathomless ocean to warn Ravana to release her just being the messenger for his Lord Ram. Taking the initiative, directing and participating in the construction of a bridge across the ocean to Lanka, to lend path for army to march across the sea. This bridge, who’s every stone showed the ultima of his devotion, as it was built by inscription of Lord Ram name on it. These are very few examples showing his great devotion towards Lord Ram.

Devotion is something that will allow you to sail across even if you do not know the way. Let’s learn something more about devotion through vision of Param Pujya Dada Bhagwan.

Importance of Knowing god before bhakti

Dadashri : Dear lady, do you want moksha or something else?

Questioner : Instead of moksha, it would be nice if I get to do Bhakti.

Dadashri : Do you know the God whose bhakti you are doing at the moment? Where does he live? How tall is he? How many children does he have? For countless lives, you have done indirect (paroksha) bhakti, without knowing God. You do not achieve anything by doing that.

Questioner : Is there a difference between bhakti (devotion) and faith?

Dadashri : Faith is established in the words by reading scriptures. One will develop devotion for Lord Krishna if he develops faith in the words of Lord Krishna. He begins with an adjustment with a sentence from someone, then he develops faith on that, and then the bhakti begins. Then if he develops faith in someone else’s writings, he will not be able to adjust with the former and his faith in him will become unstable. Here in Dada’s satsang, the faith is established with you in the initial experience of the Self (nischay) and such faith is conviction (pratiti) which remains with you until final liberation.

Questioner : Does a person have to do bhakti in order to be liberated?

Dadashri : Bhakti helps one acquire the tools for the path of liberation. Bhakti of the vitarag Lords is only for liberation.

So let us all collectively on his birthday, pray and ask God Hanuman to instill the true devotion as of his so as to progress not only spiritually but also towards our goals in life.