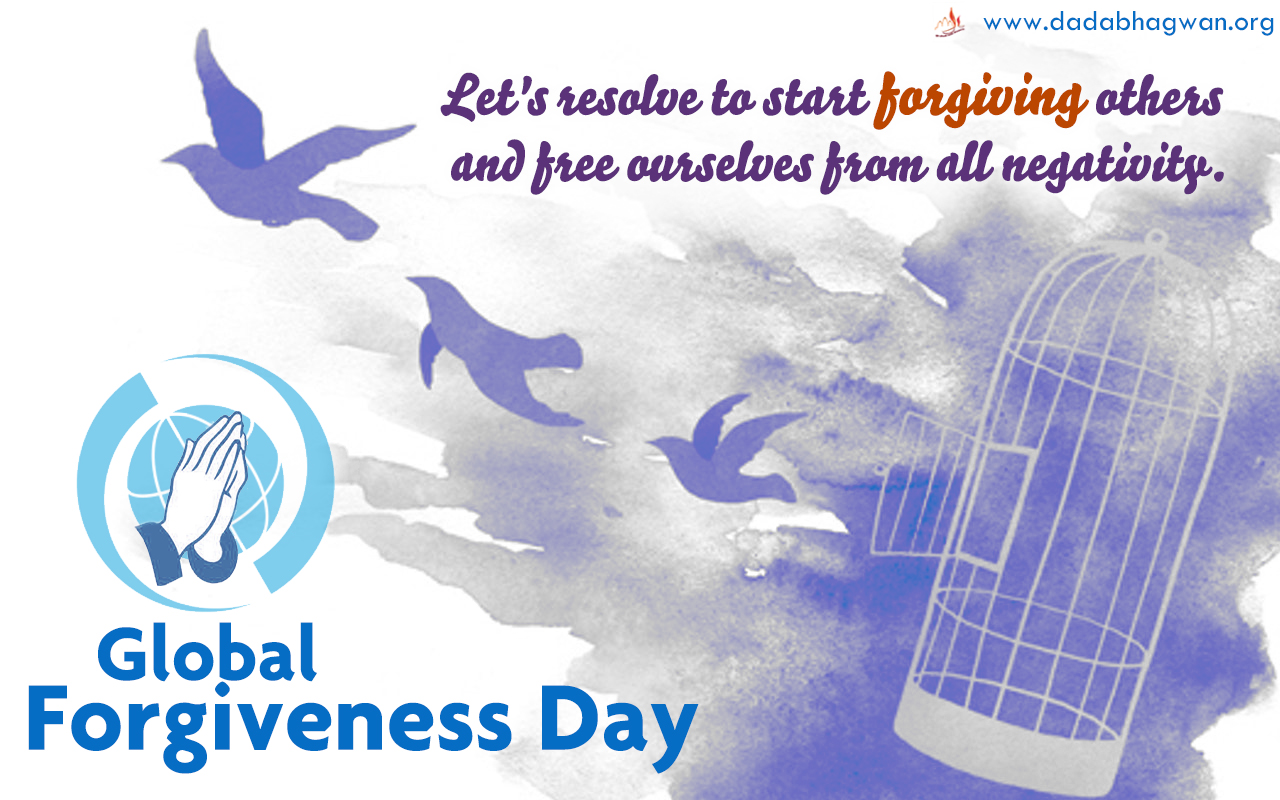 Forgiveness Day, celebrated on 7th July every year, is a day to forgive and be forgiven! It is a day to set everything right by overcoming all our past grudges and grievances.

Forgiveness is a virtue that should ideally be practised every day and at all times. But assigning a special day to it reminds us to let go of the differences we are still holding onto and inspires us to move beyond our negativity and hurt to help forgive and seek forgiveness with an open and forgiving mind.

This is not some kind of a formality. Apologizing to someone does not mean simply saying the word ‘Sorry’. The act of asking for forgiveness holds essence only when there is actual repentance in our heart while doing so.

Further, forgiveness is two-sided. It comprises of both giving and receiving forgiveness. How often are we able to actually forgive someone who has wronged against us? Forgiving someone means disabling our anger because anger never likes that we practice forgiveness. So, if we learn to forgive, we will not only harmonize our relationships and live happily with each other, but we’ll also overcome our anger and make our heart clean.

Param Pujya Dada Bhagwan, a spiritual revolutionary says, “No matter what anyone does to me, my forgiveness is always the reward he will get in return.” What a profound thought! Forgiveness is indeed the quality of the brave!

How can one develop this virtue?

To do so, Param Pujya Dada Bhagwan has given a unique key of ‘Flawless Vision’ that He Himself practised throughout His life.

He has revealed the subtle repercussions of seeing anyone at fault. He says, “Even if you spoil your inner intent by seeing other’s faults, your vibrations reach them.” These negative vibrations heighten the negative feelings in the relationship. Not only the other person but we too can never feel at rest under such circumstances.

‘Flawless Vision’ becomes easy to practise after Self-realization. After Self-Realization, our focus is directed inwards towards Self instead of finding faults of others. When this happens, a person becomes free from the shackles of hatred and abhorrence towards others and natural forgiveness becomes possible.

It might seem difficult to develop ‘Flawless Vision’ right away, but we can at least begin to practice ‘Forgiveness’ in the right way. Forgiveness kills the bitterness and the resentment within.

So, here’s the opportunity to break free from the chains of negativity that keep weighing us down. On this Global Forgiveness Day, let's put aside the false pride and muster up the courage to forgive others, and thus liberate ourselves from the prison of our grudges and resentment for others.