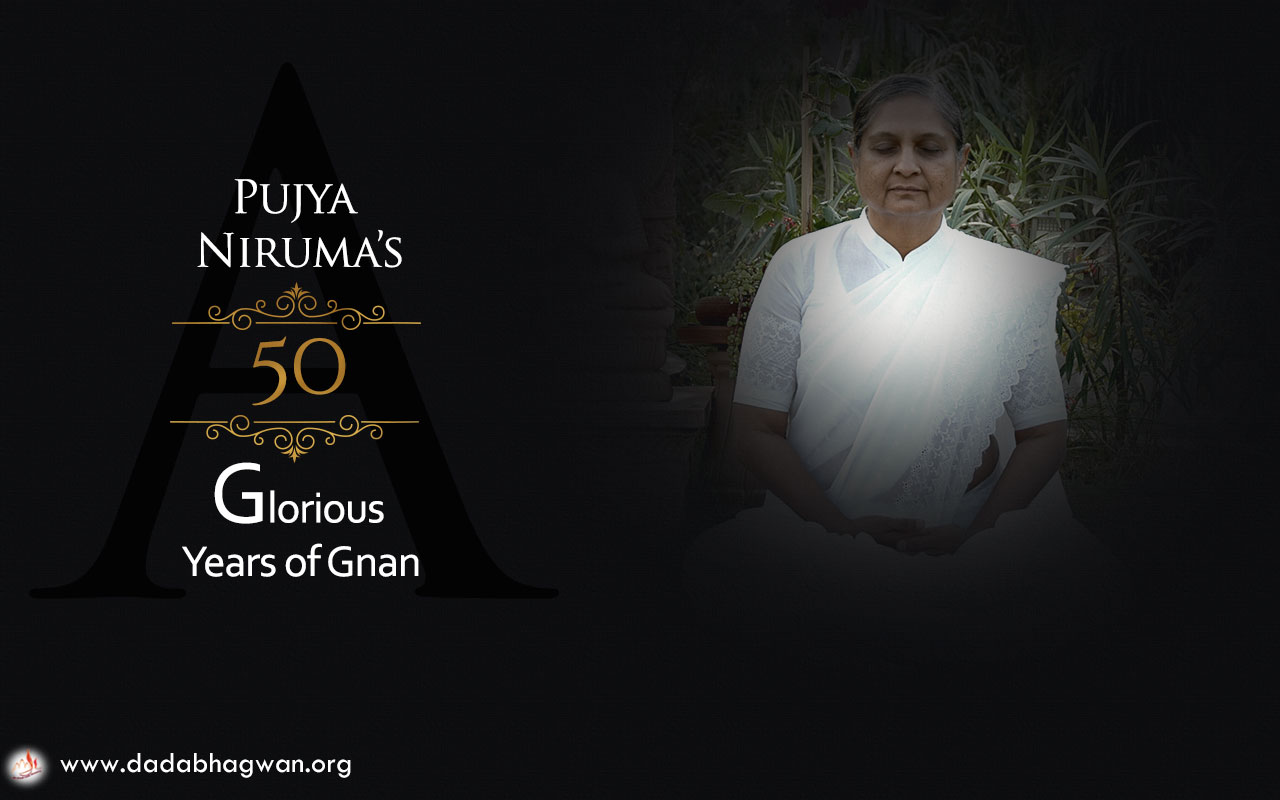 A Tirthankar is a living fully enlightened being whose presence turns every place He goes to into a place of pilgrimage and whose darshan grants final liberation to the one who has attained Self Realization. He is completely pure, celibate, free from anger-pride-deceit-greed and His life is dedicated to the salvation of the world.

Contrary to what the scriptures mention, even as a woman, Pujya Niruma with this knowledge of the Self, progressed and was able to break the bondage of all the inherent female characteristic traits. She was able to do incredible work for the salvation of the world. She is predicated as a symbol of strength for countless people. Even for those celibate followers, who have not seen Her, Pujya Niruma remains such a support and inspiration. They are not only leading their celibate life based on her support and inspiration, but she also gives them strength and confidence that they can cross the worldly life and reach their goal of ultimate salvation.

That is why Pujya Niruma is referred to as ‘Akram na Mallinath.’